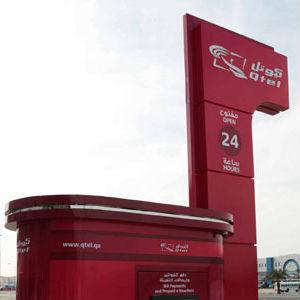 Qatar Telecom reported a 74 per cent rise in quarterly profit after the former monopoly completed a sale and leaseback of towers in Indonesia and domestic revenue increased.

Qtel said on Sunday the going was tougher in Kuwait and Oman where a “competitive environment and the ongoing shift from traditional voice and text to data usage are negatively impacting results”.

The group, which operates in 16 countries across the Middle East, Africa and Asia, made a third-quarter net profit of 1.07 billion riyals ($294 million), on revenue up 6 per cent to 8.63 billion.

In August, Qtel concluded a sale and leaseback agreement worth $406 million with Tower Bersama Infrastructure (TBIG) in Indonesia, a deal that gave a one-off boost to profit, it said.

Domestic revenue for the first nine months of 2012 rose 9.4 per cent to 4.6 billion riyals, nearly a fifth of the group total. The company had 89.2 million customers at end-September, up 8.2 per cent.

On October 7, Qtel said it would raise its stake in Wataniya , Kuwait’s number two operator, to 92.1 per cent pending regulatory approval, giving it more control of subsidiaries in high growth markets in Algeria and Tunisia.

It was Qtel’s second major stake acquisition of 2012. In June, it agreed to double its holding in Asiacell, Iraq’s number two operator, to 60 per cent for $1.47 billion.