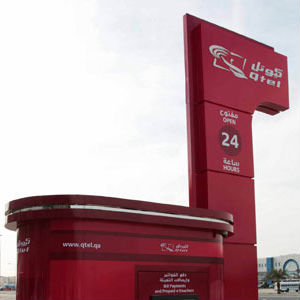 The former monopoly’s latest bond will mature in February 2023, and order books are currently open. Roadshows conclude on Tuesday.

Qtel, which last tapped global debt markets for $2.75 billion in the fourth-quarter of 2010, last week mandated six banks to help arrange the potential bond, which is expected to be benchmark-sized, typically at least $500 million.

The latest bond will fall within the company’s existing curve, which includes maturities in 2021 and 2025.

One regional trader said that pricing will reflect this, with the existing $1 billion 2021s trading at a z-spread of 175 basis points and the $750 million 2025 maturity at 192 bps.

The trader said market expectations are for Qtel’s 2023 bond to price within that range, depending on demand.

The z-spread is a pricing tool which calculates the number of basis points that need to be added to a zero-coupon yield curve to make the bond’s discounted cash flows equal the bond’s present value.