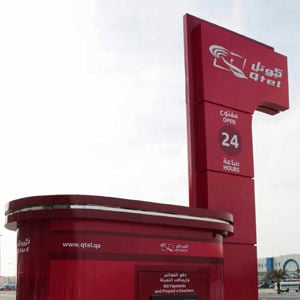 Qatar Telecom (Qtel) is close to clinching a $1 billion loan facility that will help to finance its general business operations, banking sources told Reuters on Tuesday.

The deal, which will run for four years, is in the documentation stage and will be signed once all lenders have completed this process, the three sources said, speaking on condition of anonymity.

State-owned Qtel, Qatar’s largest telecoms operator, has been on an acquisition drive in recent months, raising stakes in its subsidiaries as it takes advantage of the gas-rich Gulf state’s healthy financial position at a time when other large telecoms companies are shying away from deals.

Everyone likes Qtel as a business, one of the sources said, adding: “And they weren’t trying to raise too much cash either, so the deal proved to be very popular.”

More than a dozen banks have pledged to back the loan, despite its extremely low pricing. The margin is said to be below 100 basis points, two other sources said.

Reuters LPC reported in November that Qtel had approached banks about securing the facility, its first major syndicated loan since May 2010.

Qtel increased its stake in Iraqi telco Asiacell and Kuwaiti affiliate Wataniya in 2012 and bought an additional 15 per cent in Tunisia’s Tunisiana at the beginning of this year.

The operator is also said to be in talks to acquire Vivendi’s 53 per cent stake in Maroc Telecom, though it faces competition from others including the United Arab Emirates’ Etisalat.