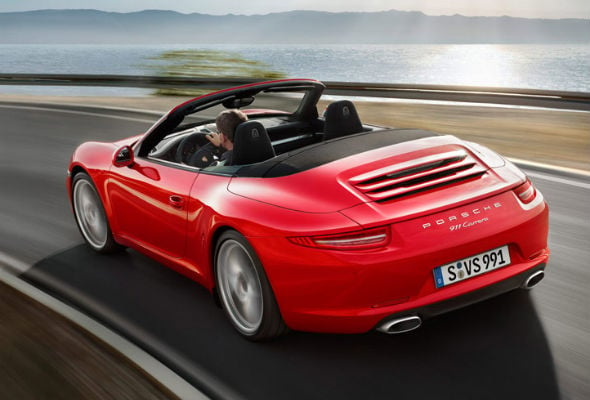 Qatar Holding, the investment arm of the Gulf state’s sovereign wealth fund, has sold its 10 per cent stake in Porsche SE to the luxury carmaker’s family shareholders, four years after it first invested in the firm.

Qatar Holding, which owns stakes in some of the world’s largest companies, said it sold the common shares in the automaker to the Porsche and Piech families. It did not disclose the value of the transaction.

The sovereign fund arm said it remained committed to the Integrated Automotive Group which includes Volkswagen and Porsche through its 17 per cent stake in VW. Europe’s largest automaker last year sealed the purchase of Porsche’s car-making business after a merger failed in a tangle of legal disputes.

“This transaction results as a logical step after the creation of the Integrated Automotive Group between Volkswagen and Porsche AG as finalised in 2012,” Qatar Holding said in the statement.

Neither party gave any details of the price paid for the stake. Porsche SE shares were trading at 60.76 euros per share on Monday, up 0.36 per cent on the day.

Porsche was forced to sell a 10 per cent voting stake to Qatar Holding in 2009 as a way to prop up its strained finances. The Qatar sale gave outsiders a say in the debt-saddled family-controlled auto group for the first time since it started building Porsche branded cars in 1948.

Porsche’s holding company, controlled by the Porsche and Piech families, still holds about 51 per cent of VW common stock, making it one of three big controlling interests in the German car group.

VW, in return, now owns all of Porsche’s core business, the automotive division that makes models such as the iconic 911 sports car and the Cayenne sport-utility vehicle.

“This is a matter between the Porsche/Piech families and Qatar,” Porsche SE spokesman Albrecht Bamler told Reuters by phone on Monday, declining to elaborate.

“This (sale by Qatar) is positive” because the stake is returning to the hands of the Porsche/Piech families,” Bamler added.

Porsche and Volkswagen had first agreed a full merger in August 2009, after Porsche racked up more than 10 billion euros of debt in a failed attempt to take over VW, sparking feuds among the Porsche and Piech family dynasties.

The Integrated Automotive Group to which the Qatar statement refers is the group of brands which now make up Volkswagen’s global business after it came to terms with Porsche after several years of wrangling.

“By assuming its investment in Volkswagen and Porsche in 2009, Qatar Holding acted as a facilitator paving the way for the creation of the Integrated Automotive Group,” the fund said.

Qatar Holding also said on June 11 it participated in a 1.2 billion mandatory convertible note sale by Volkswagen as an anchor investor.