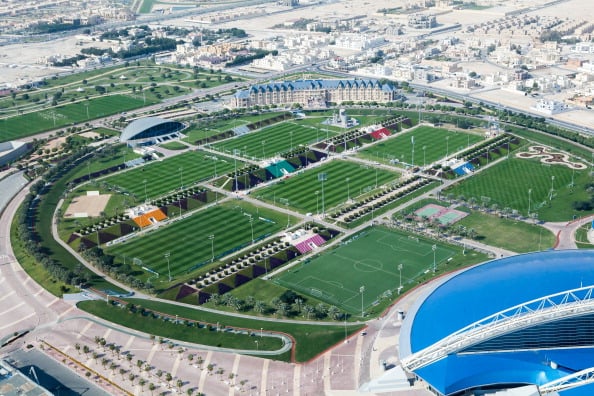 A senior construction official has said that Qatar’s preparations to build infrastructure projects for the FIFA 2022 World Cup are on schedule.

“We are in the advanced stages of design work for six stadiums and this year we will see five stadiums begin the early works on foundations and construction,” said Yasser al-Mulla, project manager at Al-Rayyan precinct for the country’s 2022 Supreme Committee for Delivery and Legacy.

He added that Qatar will issue 10 tenders this year for project managers and design consultants to work in stadiums being built for the World Cup.

The Gulf state announced plans to spend around $140 billion on infrastructure projects in the event of its successful World Cup bid.

Doha expects to spend an additional $4 billion on stadiums and related sporting infrastructure for the World Cup. The largest new stadium planned is the Lusail Iconic stadium, which will have a capacity to seat more than 86,000 people and will be used for the opening match and the finals.

Despite major construction plans, most of the projects have been delayed by a slew of bureaucratic and planning problems.

But Qatar’s central bank governor told media recently that the state expected to sign construction deals worth $50 billion in 2014 as part of its World Cup spend.

The country is also spending massively to ramp up its public roads. Qatar’s public works authority Ashgal has revealed plans to construct $27.5 billion worth expressways and interchange projects over the next five years to ensure smooth flow of traffic during the mega event in addition to the $3 billion worth of contracts awarded last year.

All road projects are expected to be completed by 2020, a statement said.

Qatar has also been heavily criticised by the international community on its treatment of migrant workers in many of its construction sites. The pressure on the local government rose after British newspaper Guardian reported that a number of Nepali labourers died of starvation while thousands were subjected to conditions amounting to modern-day slavery in Qatar’s mega projects.

Recently, the state was also been hit by allegations that the former disgraced head of its soccer association Mohammed Bin Hammam paid around $1.2 million to the former FIFA executive committee member Jack Warner just weeks after Qatar won the World Cup hosting rights.

However, Qatar has denied knowledge of any such attempts of payment between officials.