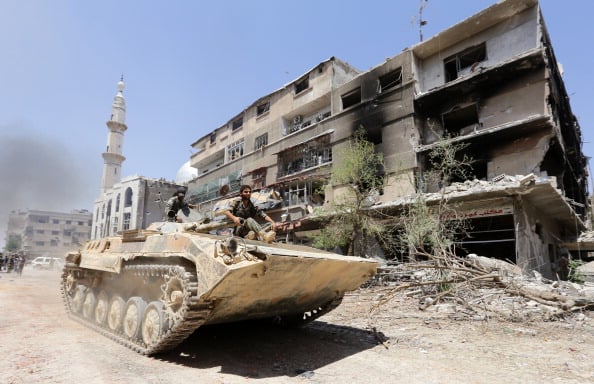 A week ago Attiyah had suggested the tiny gas-rich Gulf state and major supporter of Syrian opposition forces battling President Bashar al-Assad could launch a military intervention in response to a Russian air campaign backing Assad.

“No, this is out of the question to have our soldiers’ (feet) on the ground … No, no, they can liberate their country themselves. What they want is financial support, they want people to listen to them,” Attiyah told the network.

Assad’s government has accused the Gulf states of backing what it calls terrorist groups in the country, something they deny.

Qatar has helped in arming, training and giving political support to the rebels throughout most of the four-year-old war, but Attiyah had appeared to suggest a more direct role was being considered in an interview with CNN last week.

Qatar will join key Assad supporter Iran as well as Saudi Arabia, the United States, Russia and other key regional and Western countries in a significant peace conference on Syria set for Vienna on Friday.

The meeting will bring Gulf states face to face for the first time with their arch-rival Iran as they seek peace in Syria, in a move that may help defuse conflicts raging across the Arab world in which the two camps back opposing sides.

Attiyah said he supported dialogue between the two sides.

“What we are seeing and what we are fearing is an Arab-Persian conflict which we want to avoid,” Attiyah said, urging Iran to “calm down (its) language… to help facilitate” dialogue.