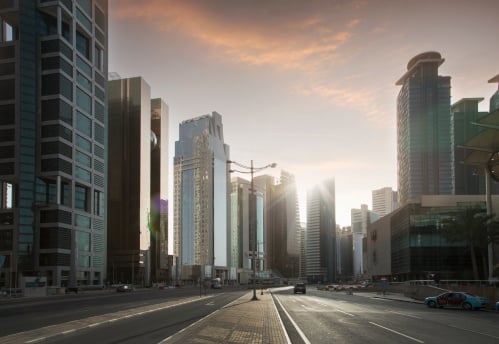 Qatar is likely to reschedule about 15 per cent of its planned building projects for coming years and go over budget, amid a push to complete preparations for the 2022 World Cup soccer tournament, sources familiar with government policy said.

After it won the right to host the World Cup in 2010, the tiny nation, with a population of about 2.1 million, announced plans for a raft of projects that would transform it over the following 15 years. They include a new airport, roads, port facilities, railways, stadiums and other infrastructure.

The government has not released a comprehensive, detailed schedule of its construction plans, but analysts estimate they will cost between $140 billion and $200 billion through the early 2020s, paid for with the country’s vast natural gas wealth. This is expected to provide a bonanza to the foreign construction firms that will do much of the work.

But so far, contract awards and work on many projects have been slower to get started than the business community expected, apparently because of bureaucratic and planning problems. If they are not handled carefully, the projects could destabilise Qatar’s small economy, creating bottlenecks and driving up costs.

A government source, declining to be named under briefing rules, acknowledged that Qatar faced pressures in pushing through the projects and would have to slow some, though he stressed that construction specifically for the World Cup would take priority and be completed on time.

“About 15 per cent of the projects will be rescheduled,” the government source told Reuters.

“All projects associated directly with hosting the World Cup cannot be rescheduled since they have to finish by 2022. But there are others which can be moved.” The source did not give details.

Qatari officials have declined to discuss changes to the construction schedule publicly. Earlier this week, the central bank governor said the government was expected to sign contracts for construction projects worth as much as $50 billion this year, but he did not elaborate.

Yasser al-Mulla, project manager at Al-Rayyan Precinct for the Supreme Committee for Delivery and Legacy, which is handling construction of tournament venues, said this week that all World Cup projects were on track to be completed on time.

A change in Qatar’s leadership may be partly responsible for a slower pace of construction. Last June, Sheikh Tamim bin Hamad al-Thani, 33, took over from his father as emir.

He has replaced some senior economic officials and in a policy speech last November, said he was particularly keen to prevent high inflation and corruption. Those purposes could be helped by implementing projects at a more measured pace than the original plans.

Another factor is the sheer difficulty of assembling enough construction workers, materials and equipment from around the world. Qatar, the world’s largest exporter of liquefied natural gas, needs an additional 400,000 workers for its next phase of development, the government source said.

Qatar is likely to face increasing competition for regional construction resources in the next few years from Saudi Arabia, which is accelerating a housing construction programme, and the United Arab Emirates, where Dubai is preparing to host the 2020 World Expo.

By delaying some projects, Qatar can ensure that its own banks and companies have the capacity to handle a larger share of the contracts, limiting the extent to which it needs to rely on bigger foreign firms.

A third factor appears to be cost. Qatar does not seem to face any difficulty financing its projects; the government’s budget surplus was $27.3 billion, or a huge 14.2 per cent of gross domestic product, in the fiscal year to last March.

Nevertheless, slowing some projects may save money, if it allows resources to be used more efficiently.

“The final expenditure may never be made public and will be handled by the government,” Anthony Holmes, director of the London-based Institute for Infrastructure Studies, said at a conference in Doha on Wednesday.

“But, if the performance conforms to global norms, the final cost may exceed the original budget by $80 billion or around 50 per cent of one year’s GDP,” said Holmes, who has advised companies on World Cup-related projects.

Qatar’s labour costs will probably rise because of publicity about deaths of migrant construction workers building World Cup infrastructure, the International Monetary Fund said in a report this month.

Britain’s Guardian newspaper reported in September that dozens of Nepali workers had died during the summer in Qatar and that labourers were not given enough food and water. Qatar denied the Guardian’s findings, but the IMF said the issue “could affect the availability and cost of hiring new workers in the future”.

Qatar appears ready to pay what it takes to ensure that the World Cup stadiums and other directly related projects are completed on time, however.

Mulla at the Supreme Committee for Delivery and Legacy said 10 tenders would be issued this year for the stadiums’ project managers and design consultants.

“We are in the advanced stages of design work for six stadiums and this year we will see five stadiums begin the early works on foundations and construction,” he said at a conference organised by business information firm MEED.

Mulla said Doha now expected to spend $4 billion more than originally planned on building stadiums and related sporting infrastructure. He did not provide reasons, give details of the additional spending or say how big the original budget was.