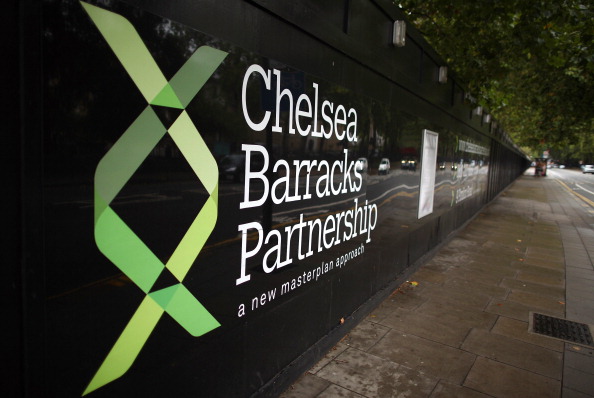 Qatar has halted one of its biggest investments in London amid concerns about the British economy.

The £3 billion Chelsea Barracks housing development, which the Qatari Diar – the emirate’s property arm – bought in 2007, has been put on hold and may even be sold before construction begins.

Qatar has planning permission to build 450 luxurious residences and 123 affordable homes – including seven-bedroom mansions and one-bedroom flats – but the Gulf state has put the project under review as the latest UK economic data shows Britain is in danger of entering a triple-dip recession.

“It now seems a huge gamble to deliver all of this,” a Qatari source told the Guardian newspaper.

“[The developers] will take their time and see how the numbers stack up in due course.” The source added that while the scheme may still be built, Qatari Diar could also “sell [the site] any time”.

The struggling UK economy has also raised fears that Qatar, the richest country in the world per capita, overpaid for the site when it gave the UK’s Ministry of Defence £959 million.

The island state already has several large investments in London. It owns the US embassy building in upmarket Mayfair, the Harrods department store and 80 per cent of The Shard, the city’s tallest building.

Speaking to the Guardian, a Qatari Diar spokeswoman admitted the development is under review: “[The developer] is taking advantage of the opportunity to review and respond to the context of the prevailing economic environment in preparing for the next stage of the development.”

It is not the first time the Chelsea Barracks development has faced problems.

In 2009, Prince Charles wrote a letter to Qatar’s prime minister, Sheikh Hamad bin Jassim bin Jaber al-Thani, voicing his concerns that the scheme would be a “gigantic experiment with the very soul of this city” and urged the Gulf state to “bequeath a unique and enduring legacy to London”.

The letter was later made public during a high court battle.