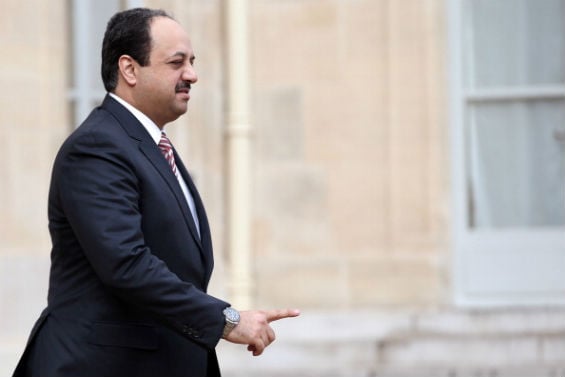 Gulf Arab states must have a seat at nuclear talks between world powers and neighbouring Iran because of their own stake in regional stability, Qatar’s foreign minister said on Saturday.

Gulf Arab capitals cautiously welcomed an interim nuclear accord between Tehran and six powers agreed on November 24, but some officials said Western allies had not briefed them adequately on a deal central to regional as well as global security.

The agreement between Iran and the United States, Russia, France, Britain, Germany and China – known as the P5+1 group – offers Tehran some relief from damaging economic sanctions in return for more oversight of its nuclear programme.

Speaking to Reuters in an interview, Qatari Foreign Minister Khaled al-Attiyah said the Gulf Cooperation Council (GCC), a grouping of six energy-exporting states, deserved a place at the table as essential partners in regional stability.

“We are in the region. We are concerned,” he said on the sidelines of the Manama Dialogue, a regional security conference organised by the International Institute of Strategic Studies think tank.

“I know that we have good relationships and we are a strategic partner with our allies US, UK, France and others. So what I was thinking about, it is not only P5 plus Germany; it should be P5 plus the … GCC.

“At the end of the day (in) any agreement, the GCC is meant to be part of that agreement on the region. We are trying to say it should be 5+2,” Attiyah said .

While GCC states have long traded with Iran, they are at odds over several issues, most notably over Tehran’s support for President Bashar al-Assad in Syria’s 2-1/2-year-old civil war.

Some GCC states, especially Saudi Arabia, see the Islamic Republic as a troublemaker and rival for regional influence.

All tend to view with unease its nuclear programme, which Tehran insists is for peaceful purposes but which the West suspects is an attempt to develop a nuclear weapon.

GCC states also want Iran to cooperate more with the United Nations to allay their concerns about the safety of an Iranian nuclear plant on the eastern side of the Gulf waterway.

Many suggested Iran had to build more trust with Gulf Arabs.

Asked for his view, British Foreign Secretary William Hague said it was “important to find additional mechanisms where GCC countries in particular are consulted and brought in to the process in a new way”.

“We work with our friends to support General Selim Idris (head of the rebel Supreme Military Council) and to facilitate whatever they want through the Friends of Syria,” Attiyah said.

“This is an international group … who are there to support the Syrian people with any means they need to protect themselves from the brutality of the Syrian regime,” he said.

Asked whether Qatar was worried about the rise of Islamist militants fighting in Syria, Attiyah said “any terrorist group worries us”, but blamed a lack of world action on Syria.

“If there have been some terrorist groups entering Syria recently that is only because the failure of the international community to work together to save the Syrian people at the right time, at the right moment,” Attiyah said.

Attiyah dismissed the idea of Qatari-Saudi difference over Syria, where the Gulf allies are believed to back rival rebel groups and to have competed for influence over the opposition.

“In Syria we have a coherent Friends of Syria group. We work closely together, we work even closer than ever with our brothers in the GCC on the Syrian file. Rest assured,” he said.