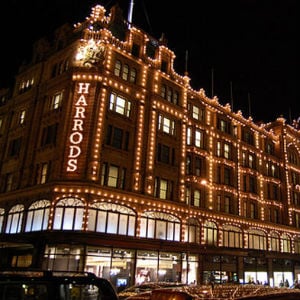 Qatar’s sovereign wealth fund plans to take the Harrods brand global to cities such as Paris and New York, and will start by building a luxury hotel named after the upmarket London department store in Malaysia’s capital Kuala Lumpur.

Qatar Holding has signed an agreement with Malaysian partner Jerantas Sdn Bhd to build a hotel in Kuala Lumpur’s Bukit Bintang shopping district. A hotel management company will be established to develop similar projects around the world, Qatar Holding said in a statement.

“The target plan is to open Harrods hotels at sites in key cities such as Kuala Lumpur, New York and Paris as well as in China. Preference will be given to construct on sites already owned by Qatar Holding or its affiliates, for example at Chelsea Barracks in London or Costa Smeralda in Sardinia,” it said.

“Qatar Holding ultimately intends to grow Harrods into a global enterprise that defines the luxury retail and leisure sectors.”

Qatar Holding vice chairman Hussain Ali al-Abdulla told reporters in Kuala Lumpur the Malaysian locality had been chosen because its “economy is growing.”

Construction will start in a year on the 5.5-acre (2.2 hectare) site in Kuala Lumpur, with about 2 billion ringgit ($634 million) to be spent on the development, which will comprise as many as 300 hotel rooms, apartments and retail space, he said.

Qatar Holding bought the famous London department store in 2010 from Egyptian-born businessman Mohamed al-Fayed in a deal reported to be worth around 1.5 billion pounds ($2.3 billion). The sale brought to an end 25 years of ownership by Fayed, who became its honorary chairman.

Fayed, who also owns English soccer club Fulham, bought Harrods in 1985 for about 615 million pounds at a time when the group also owned the House of Fraser department store chain, which was later spun off.

A colourful figure, he waged a long campaign claiming his son Dodi and Princess Diana, who died together in a Paris car crash in 1997, were murdered in a conspiracy.