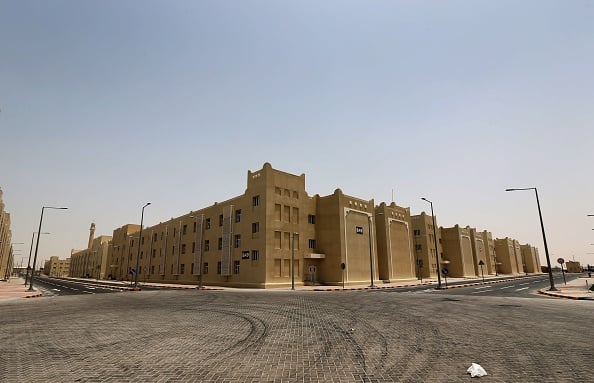 Qatar has officially opened its biggest labour accommodation, which can house up to 100,000 workers, the country’s official news agency QNA reported.

Spread over an area of 1.1 million square metres, the labour city consists of a commercial district and a market with 200 shops, Qatar’s largest cricket ground, a public theatre with capacity to seat 17,000 people and four cinema halls.

The development has 55 residential complexes and can house up to 100,000 workers in full capacity. But another report by Agence France Press put the property’s capacity at 70,000, citing that the city is already 60 per cent full.

The agency also reported that each room will not have more than four workers and daily inspections will be conducted to ensure compliance to this rule.

Officials have indicated that similar labour camps could be built across the country.

The new labour city is part of Qatar’s efforts to improve the working conditions for the migrant labour workforce. The country has been seeing a large influx of blue-collar workers as it prepares to host FIFA 2022 World Cup.

The move to provide revamped labour housing comes even as the Gulf country has been criticised heavily by human rights advocates for not providing even the minimum levels of protection to its large migrant worker population.

Activists have been particularly vocal about Qatar’s Khafala sponsorship system that authorises employers to confiscate travel documents of workers or stopping them from changing jobs. Concerns have also been raised over the squalid conditions workers live in.

Aside from new camps, Qatar has also introduced other reforms including a wage protection system and an electronic contract system for migrant workers, drafted in their respective languages.