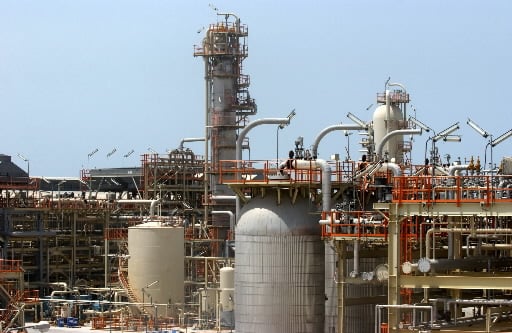 Qatar wants to help Iran to develop its share of the world’s biggest gas field so both countries can reap the maximum long-term rewards, sources at state-run Qatar Petroleum (QP) say.

The Gulf state has offered its support in response to a request from Iran amid signs that western sanctions might ease after it signed a deal in November that offers more transparency over its nuclear programme.

The giant gas field beneath the waters of the Gulf, which Iran calls South Pars and Doha calls the North Field, accounts for nearly all of Qatar’s gas production and around 60 per cent of its export revenues.

Worried that overproduction might reduce long term recovery from its biggest asset, in 2005 Doha imposed a moratorium on new developments which is expected to last until at least 2015.

Iran, which suffers severe domestic gas shortages, has made a rapid increase in production from South Pars a top priority and some in Qatar are concerned too much Iranian exploration drilling might impair recovery rates for both sides.

Some in Doha believe Iran’s relations with the West have thawed enough for other experts in Qatar’s multi-national energy industry to share some knowledge already gathered from probing deep below the seabed.

“After Iran signed the nuclear deal this has opened the door for us to help them with making more use of South Pars, and the plan is to give them advice on technology and exploring the geology of the field,” a QP source said.

According to the International Energy Agency, the field holds around 51 trillion cubic meters of gas and some 50 billion barrels of condensate, a valuable light oil byproduct which makes Qatari LNG one of the most cost-competitive gas supplies in the world.

A Qatari government official working at one of QP’s drilling units said that many of the easily recoverable reserves lay in the area on either side of the countries’ maritime border.

“There has been a lot of drilling activity in that area and we have many studies on the field that I’m sure can benefit Iran,” he said.

Despite the moratorium on new developments, exploration on both sides of the border has caused the pressure to drop in many wells, reducing flows to the surface, according to the U.S. Energy Information Administration.

Iran’s new energy minister said in August that he wants the two countries to work together to maximize production and there are signs that they are looking to cooperate.

“We have established channels of communications and established teams…between the two countries,” Qatar’s Energy minister told Reuters at an OPEC meeting in Vienna in early December.

“We always explore the means of cooperation and coordination together,” he said, declining to give details of specific plans.

LNG production in Qatar is divided between two companies, Qatargas and Rasgas. QP owns a majority stake in both, with international oil companies holding smaller stakes in individual production facilities.

QP holds 70 per cent of Rasgas, with U.S. oil and gas giant ExxonMobil holding 30 per cent. Qatargas is owned by a consortium including Total, ExxonMobil, ConocoPhillips and Royal Dutch Shell.

With QP mainly relying on foreign partners in the technology used to develop the North field, some analysts say there is limited practical help that QP could offer as long as sanctions remain in place.

“It doesn’t own any of the technology in the North Field and if it starts sharing foreign company technology that’s a violation of sanctions.”

Less than half of QP’s employees are Qatari. None of its U.S. employees would be able to take part in any team advising Iran, a legal expert on Iran sanctions said.

“As long as QP doesn’t take the exact same technologies listed in contracts and hand them over to Iran they are free to give them general advice about the geology of the area, that wouldn’t be a violation of sanctions,” an international gas company executive in Qatar said.