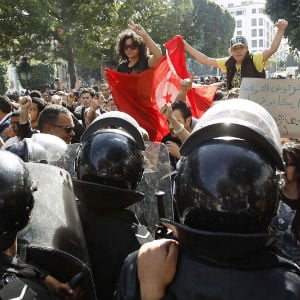 The five-year loan carries an interest rate of 2.5 per cent, the central bank said in a statement.

A finance ministry official said last month that Qatar would subscribe to $500 million in five-year Tunisian treasury bonds at 2.5 per cent but did not say when the transaction would be completed.

Popular protests ousted veteran Tunisian leader Zine al-Abidine Ben Ali last year but months of unrest, strikes and protests discouraged tourism and hit the economy, which shrank 1.8 per cent. The newly-elected government expects the economy to return to growth in 2012 but has sought external support.

In addition to the Qatari loan, Tunisia has secured US guarantees for a planned bond issue this year, which should allow it to borrow on international markets at a favourable rate.