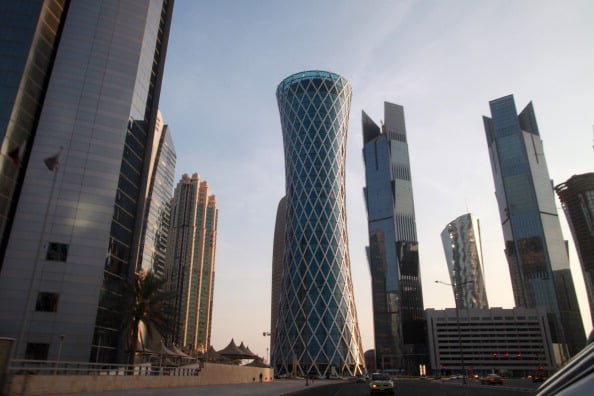 Land accounts for about half the value of real estate sales in Qatar, 10 times that of developed markets, as prices surge to levels that may make even high-margin luxury developments unprofitable to build, experts say.

Qatar allows foreign freehold property ownership in specific zones, although the real estate sector remains in its infancy and local investors often prefer to trade land rather than develop plots.

FIFA’s selection of Qatar to host the 2022 World Cup has exacerbated this trading, although population growth and a broadly buoyant economy are the main drivers of the land boom.

The central bank’s Qatar Real Estate Price Index, which includes land, villas and residential buildings, hit 271.3 points in March, up from 194.5 in January 2014.

Unlike neighbouring Dubai, where property has gone from boom to bust to partial boom again and prices are still about a fifth below the 2008 peak, locals and other Middle East nationals are the main buyers of Qatar’s freehold units.

“Land prices make it difficult to develop low- to middle-income housing and in some areas speculators have pushed up prices to levels where it’s not financially viable to develop any kind of property there,” said Mark Proudley, DTZ Qatar associate director, estimating rents rose 5-10 percent in some areas in recent months.

“There’s an accommodation shortage across all sectors, but it’s probably felt most keenly in the lower- to middle-income segment. The supply pipeline is mostly for higher-end projects.”

“Even in residential areas, you’re talking about (land prices) triple that of Dubai, therefore the return on investment is very low,” he added.

In the first quarter of 2015, real estate transactions in Qatar were worth QAR 26 billion ($7 billion), up 50 per cent from a year earlier, Deloitte estimates, although this includes many transactions between government entities.

Vaughn Weatherdon, vice president of real estate investment and advisory at QInvest, said land sales accounted for about half the total value of real estate transactions in Qatar, whereas in most developed countries land sales usually provided about 5 per cent.

“If you take international affordability standards of spending one-third of income on rent, then affordability is an issue in Qatar,” said Martin Cooper, Deloitte director of Real Estate for the Middle East.

“Land as a proportion of the ticket price of a villa or apartment is significantly higher here in Doha than it is in the rest of the world.”