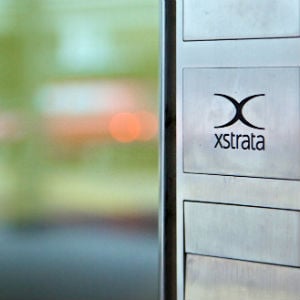 Qatar, Xstrata’s second-largest investor, has held back immediate support for Glencore’s raised bid for the miner, despite an apparent rapprochement last week, saying in a rare statement on Tuesday it was still considering its position.

The tiny, gas-rich Gulf state has become an unexpected kingmaker in commodity trader Glencore’s now $36 billion bid for Xstrata, the world’s fourth largest diversified miner, and its efforts to create a mining and trading powerhouse.

Through aggressive buying in the market since the proposed takeover was announced in February, Qatar’s sovereign wealth fund has built up a stake of more than 12 per cent in Xstrata – a key position in a deal structure that allows just 16.5 per cent of Xstrata shareholders to block any bid.

“Qatar Holding wishes to make clear that it has made no decision yet as to whether or not it would accept the revised proposal,” it said in a brief statement, its first since Glencore’s revised final bid was released on Monday.

“QH will make its decision in due course after giving careful consideration to the implications of the proposed management changes, the other elements of the revised proposal and the views of Xstrata’s board.”

Qatar’s surprise announcement in June that it would not support the initial offer from Glencore, which owns 34 per cent of Xstrata, eventually forced the commodities trader to back down at the last minute last week and raise its all-share bid, though not to the ratio initially demanded by the Gulf state.

Until Tuesday, Qatar had been silent on the revised offer.

Sources familiar with the matter have said Qatar, irked by the assumption that it would automatically back any higher Glencore offer, feels little pressure to decide on its position immediately and could even wait beyond a statement from Xstrata’s board, due by Sept. 24, and hold out until closer to a vote, which could be in over a month’s time.

Other institutional shareholders, in the process of being consulted by Xstrata’s board as it considers its recommendation, indicated on Monday they thought the deal could get done, though not all were pleased with changes, including plans to make Glencore’s Ivan Glasenberg chief executive of the combined group instead of Xstrata’s Mick Davis.

Glencore confirmed on Monday that it was raising its bid to 3.05 new shares for every Xstrata share held, up from 2.8, which Qatar had said was not enough.

Qatar had said in June that it saw the appropriate ratio as 3.25, but in recent days had indicated it could yield a little.

The revised offer represents a 27 per cent premium to the ratio at which Glencore and Xstrata were trading last week, when the market believed the deal would collapse.

It was released after a weekend of intense negotiations and has been seen by those close to the deal as more conciliatory and less aggressive than proposals presented to Xstrata’s board on Friday, just minutes before the miner’s shareholders were due to vote on Glencore’s original bid.