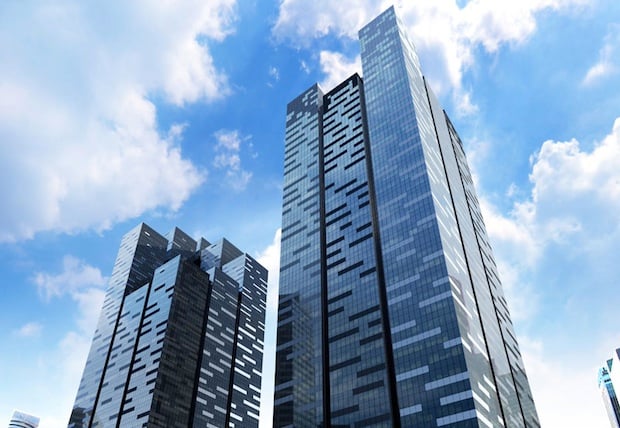 The sale of the 1.25 million square feet office tower, Asia Square Tower 1, marks the largest single tower real estate transaction in the Asia Pacific to date and the second largest globally, according to BlackRock.

The agreement between the two parties was reached a year after the US firm first put the building up for sale with an asking price of about $2.9bn.

The office tower is located in Singapore’s Marina Bay business and financial district and bears the branding of its anchor tenant, Citibank.

Other major tenants include Google, US law firm White and Case and UK-based Lloyds bank.

BlackRock was advised on the deal by real estate consultant firms JLL and CBRE.

“Following this flagship transaction, we expect there will be increasing investor interest in Singapore prime office stock in the coming months,” head of capital markets Singapore at JLL Greg Hyland said in a statement.

The record-breaking sale comes at a time when rent prices at Singapore’s Marina Bay area are under downward pressure and Google, which currently occupies 120,000 square feet of the office tower, is looking to relocate.

However, with the office tower having an occupancy of 90 per cent, the head of Asia-Pacific for BlackRock Real Estate John Saunders believes that negativity towards the Singapore markets is “a little bit overdone.”

“There is some new stock coming on, but what tends to happen in Singapore is you get a big piece of supply that temporarily can disrupt the market, but then demand is always usually pretty strong.” Saunders told Bloomberg.