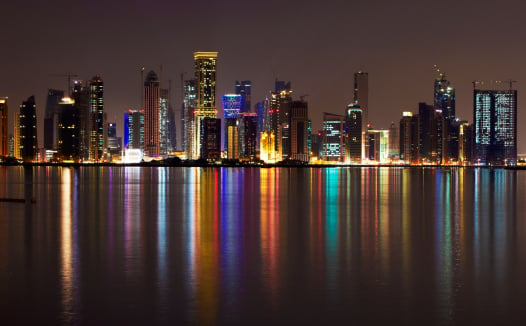 The inflation rate in Qatar was recorded at 2.2 per cent for July 2012, the highest rate this year so far. The increase was largely attributable to furniture, textiles and home appliances, which recorded the highest increase at 7.1 per cent.

The consumer price index (CPI) data issued by Qatar Statistics Authority for the month of July 2012, showed an overall inflation increase in all major groups, except ‘rent, fuel and energy’ on year-on-year basis.

Entertainment, recreation and culture showed an increase of  6.1 per cent. Garments and footwear grew 4.8 percent, miscellaneous goods and service by 3.8 per cent and  food and beverages by 3.7 per cent compared to a year ago.

The transport and communications group is up by 3.7 per cent. Medical care and medical services grew by 1.4 per cent.

However the ‘rent, fuel and energy’ group registered a drop of 3.9 per cent compared to July 2011.

The Qatar Statistics Authority said that the month-on-month 0.4 per cent decline in ‘food, beverages and tobacco’ is attributable to  the declaration issued by the Consumer Protection Department for the Ramadan period.