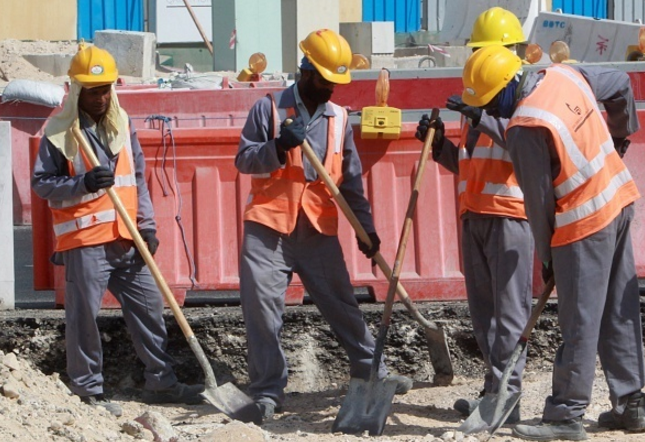 Qatar’s government has hit back at the latest report by the International Trade Union Confederation, which claims that 7,000 workers will die in the country’s construction sites by 2020.

ITUC, which has been one of most vocal critics of Qatar’s methods in dealing with migrant labour rights, revised its previous estimate of construction deaths from 4,000 to 7,000 in a recent report. It added that the estimates were based on statistics released by the Gulf country’s government over the last three years.

But Qatar rejected such claims and called them “fallacies”, saying that this figure was based on annual fatality rates among all expats and not just migrant workers.

“It makes no sense to suggest that all deaths in a population of over a million workers are a result of workplace accidents or conditions, as ITUC appears to claim,” Qatar government’s communications office said in a statement.

“There is absolutely no reason to believe that thousands of workers will die on World Cup sites.”

Qatar acknowledged that a “small minority” of workers were not being treated fairly but asserted that workers’ rights were largely protected.

The Gulf Arab country has seen a heavy influx of migrant workers over the last few years to feed in a construction boom ahead of FIFA World Cup 2022. This has also brought into focus labour conditions in the country, which advocacy groups liken to modern day slavery.

Qatar has introduced a number of reforms including a wage protection system and a new city for labourers in response to an international outcry. But critics say that reforms relaxing labour laws that allow workers to change jobs without their employers’ permission and the right to form unions must also be introduced in the country.