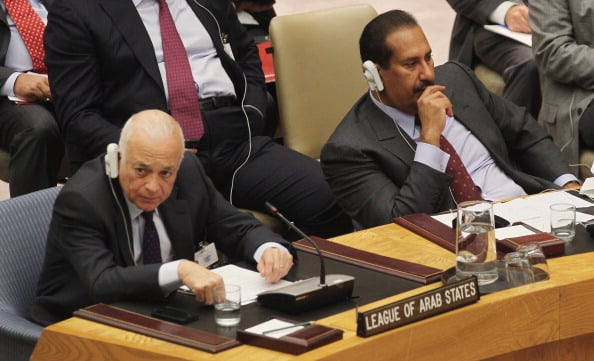 Qatar has given $100 million in aid to Syrians stricken by their country’s civil war, Qatar’s state news agency said on Thursday, the first tranche of at least $900 million pledged by Gulf Arab states.

Four million people inside Syria need food, shelter and other aid, and more than 700,000 are estimated to have fled to countries nearby, the United Nations says. About 70,000 people have been killed during the two-year-old conflict, it says.

Qatar’s government has been among the most vocal regional supporters of Syria’s rebels, and has called for an Arab force to end bloodshed if international diplomatic efforts fail.

Led by a ruling family that does not shy away from taking controversial positions on world affairs, the gas-producing Gulf Arab state was a major supporter of Libya’s NATO-backed rebels.

Donor countries meeting in Kuwait last month pledged more than $1.5 billion to aid Syrians affected by the civil war, with about $1 billion earmarked for other countries in the region hosting refugees and $500 million for humanitarian aid to Syrians displaced inside the country.

U.N. Secretary-General Ban Ki-moon said the $500 million would be channelled through U.N. partner agencies in Syria.

The oil-producing Gulf Arab states of Kuwait, Saudi Arabia and the United Arab Emirates each promised $300 million at the January meeting. Qatar did not make its pledge public.

However, medical charity Medecins Sans Frontieres said last month that international aid to Syria was not being distributed equally, with government-controlled areas receiving nearly all of it, and opposition-held zones getting only a tiny share.