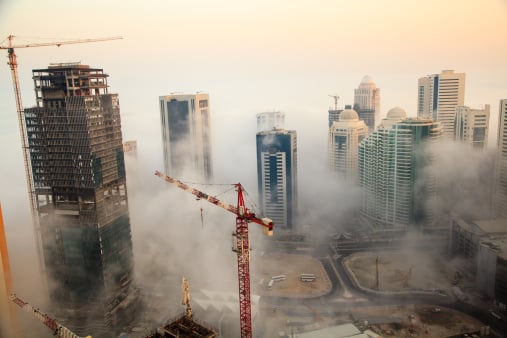 When Qatar’s government announced a project management training course for some of its officials last month, it was frank about why the course was urgently needed.

“The National Development Strategy 2011-2016 calls for individuals and teams within government to work in ways that may be new to them,” the General Secretariat for Development Planning said in a statement.

The course will introduce participants to key management concepts such as time, cost, quality and results, and teach them how to handle changes to projects after they have been launched.

Qatar’s huge infrastructure building plans, which envisage spending about $140 billion through 2022, promise to transform the tiny, gas-rich country. They have businessmen around the world salivating at the prospect of lucrative construction and equipment contracts.

But Qatar is finding that its vast wealth alone is not enough to push forward the programme. To avoid waste and confusion, the country of just 1.9 million people will need to develop or hire management expertise on a scale that would challenge much bigger nations.

For the next decade, much of the capital Doha will resemble a giant construction site, putting pressure on the small non-energy economy, the arid environment and the social fabric – some religiously conservative Qataris are apprehensive about the influx of foreign workers who will build the projects.

Because of these obstacles, foreign companies bidding for the projects are already discovering that the business opportunities are not necessarily as attractive as they seem.

Qatar’s construction plans include a $36 billion rail system, a new airport that will cost $17.5 billion, a $7.4 billion seaport, hundreds of kilometres of major new roads, and an overall urban makeover.

Many of the projects will prepare the country to host the 2022 World Cup soccer tournament, which the government hopes will seal Qatar’s arrival as a top global travel destination.

“I don’t think there has been as comparatively ambitious an infrastructure rollout in such a small place, in such a short period of time,” said one Doha-based economist at a financial institution, declining to be named under briefing rules. “There’s just no precedent for this.”

Since Qatar is one of the world’s richest countries, money does not look likely to be a problem. Over the past three fiscal years alone, the government’s budget surplus has totalled over $33 billion; other sources of financing will include foreign and domestic borrowing, the retained earnings of state-owned companies, and private sector investment.

But completing projects on time may be a problem. Two years after Qatar won the right to host the World Cup, little work on many of the big projects has actually started, disappointing some businessmen who flocked to the country to seek contracts.

“We’re all expecting a tsunami of work to come in. But we expected it to start last year,” one Doha-based construction consultant said, declining to be named because of the political sensitivity of his remarks.

Design changes have already led to delays in building the new airport, which is to accommodate 50 million passengers annually and boast onyx countertops, sunken gardens, a mosque complex, squash courts and a swimming pool. The project is now estimated to cost $3 billion more than originally anticipated.

“The airport delay happened because of variations to design that weren’t in the initial scope of the project. There was a feeling that they did not want everything crammed into one terminal as it is in Dubai, that they wanted more open space than is in the Dubai airport,” said a commercial banker in Doha.

“I don’t think the authorities ever understood what they’d have to do to deliver. The scale of what has to be done here in Qatar is so much bigger than any place else in the world, in a very short space of time.”

Stephen Anderson, country senior partner at consultants PricewaterhouseCoopers in Doha, said the authorities had spent the past two years putting an administrative system for the projects in place, and that he expected work to accelerate considerably in the next six months.

“You can’t expect to rush in without a master plan in place. Two years is not a long time in that respect. From a contractor’s perspective, there may be a bit of frustration. But the tap can’t be switched on straightaway,” he said.

Some major contracts are expected to be awarded this year; in about two months, the first design and build contracts will be issued for the rail programme, which will include high-speed lines, light networks and a metro, according to QRail, the government entity managing the project.

But once projects are underway, the government will face the difficult task of coordinating them. For example the new port, the first phase of which is due to be completed in 2016, will be needed to ensure enough building materials can be brought into the country for other construction.

In Qatar’s previous peak building years of 2007 and 2008, Doha’s existing port couldn’t handle the volume of material coming in, which led to rationing of cement and steel.

“Costs went through the roof, as well as logistical problems, including not being able to bring adequate supplies in,” said a Doha-based contruction engineering consultant.

“We may well see material rationing again in the next three, four, five years. It will be okay when they have the port in 2016, but the space before then will be the issue.”

The costs of not only building materials but housing and many other things could rise under the pressure of the construction boom, as thousands of additional foreign workers pour into the country.

In a statement in December, the government said it would use regulatory powers to prevent traders from imposing “unjustified” price hikes on consumers, while the central bank would adjust monetary policy if needed to keep inflation under control.

But Qatar’s consumer price inflation jumped from 2.6 per cent in December to 3.4 per cent in January, the highest rate since the government started publishing annual inflation rates on a monthly basis in 2010. A rise in rents was a major reason.

Higher inflation could pose problems for foreign companies which have won infrastructure contracts by submitting ultra-low bids. Some companies also complain privately of late payments by Qatari clients – a complaint that is common among construction firms around the Gulf, where bureaucratic inefficiency and weak legal protections often lead to delayed payments.

“Some companies are having discussions now on whether they should even be here,” said another construction consultant in Doha. “Some are saying it may be more economical to pull out now.”

Ultimately, the vast majority of foreign firms are likely to stay in Qatar and keep bidding for projects – in an uncertain global environment, the country’s money cannot be ignored. But its infrastructure programme may not be the smooth path to riches that companies originally assumed.

“Delivering the projects on time and on budget will be one of the biggest challenges we face in the years to come,” Hamad Rashid al-Mohannadi, managing director of Qatari liquefied natural gas producer RasGas, said last week.