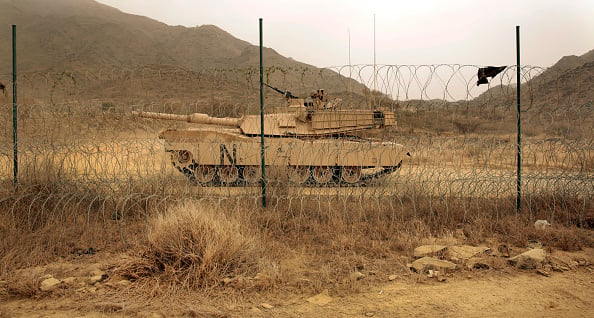 Qatar was not for the formation of the Arab coalition in Yemen the country’s minister of state for defence affairs has said.

In an interview with Turkey’s TRT World, Khalid bin Mohammed Al Attiyah, suggested the country had its “own opinion on how to solve the situation in Yemen”.

The official added that Qatar felt “obliged to join the coalition” but had never placed troops “inside Yemen” itself.

Instead it positioned 1,000 troops on the Saudi border as a symbolic gesture, he said.

Reports in September 2015 indicated 200 armoured vehicles and 30 Apache helicopters backed the forces, who were originally believed to be taking part in operations within Yemen.

They were withdrawn from the coalition following the start of the rift between Saudi Arabia, Bahrain, the UAE and Egypt and Qatar on June 5.

“I think you’ll find out that we’ve never been engaged in any operation which comes near or in a field of operation where there [are] civilian deaths,” Al Attiyah was quoted as saying.