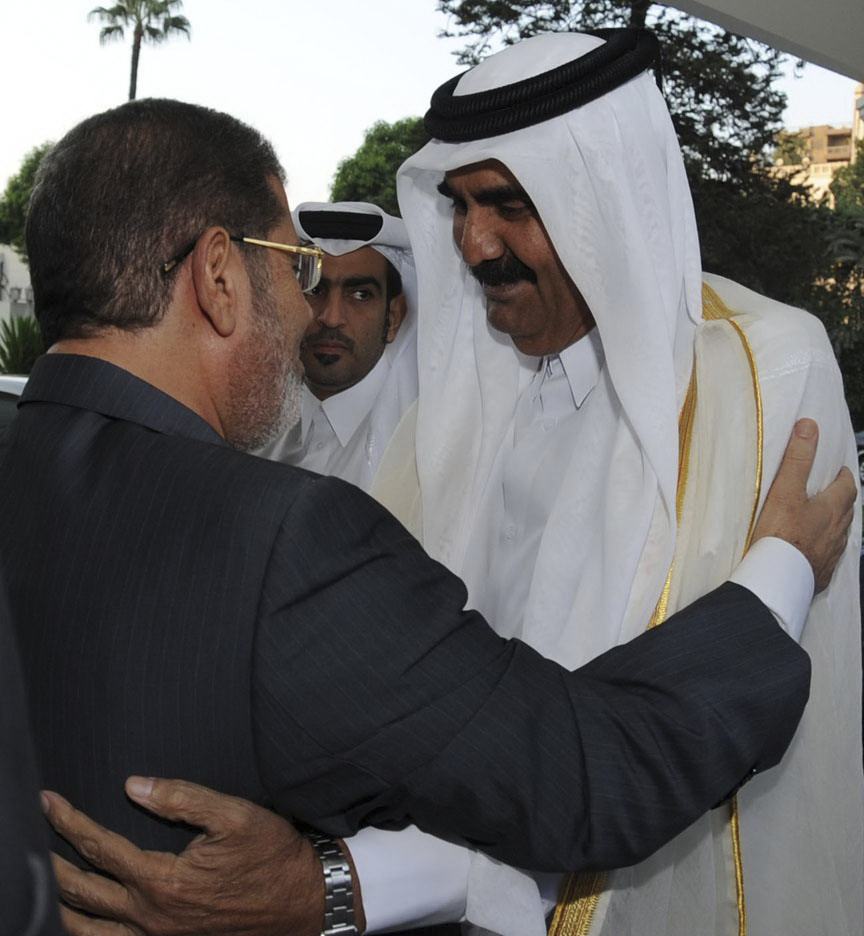 Qatar will deposit $2 billion at the Egyptian Central Bank in an effort to help support an economy battered by a year and a half of political turmoil, an Egyptian presidency statement said on Saturday.

Egypt’s foreign reserves began a steep decline last year when a popular uprising sent the economy into a tailspin and led the central bank to start selling dollars to prop up the country’s pound.

“The state of Qatar has decided to deposit $2 billion at the Egyptian Central Bank,” said the presidency statement.

The emir of Qatar, Hamad bin Khalifa al-Thani, held talks with newly elected Islamist President Mohamed Mursi during a visit to Cairo on Saturday. It was the first trip by a Gulf leader since Mursi was sworn in on June 30.

Mursi’s new cabinet will have to decide whether it should implement new and potentially painful austerity measures to help stabilise government finances and secure foreign financial help.

Political unrest has chased away tourists and foreign investors and prompted government employees to strike for higher wages.

A mission from the International Monetary Fund (IMF) will arrive in Cairo this month to resume talks with the government over a $3.2 billion loan.
Political tensions have been delaying the unlocking of aid as the IMF demanded that any loan gets broad political support.

Gulf governments have offered some aid, including a Saudi $1 billion deposit at the central bank earlier this year.