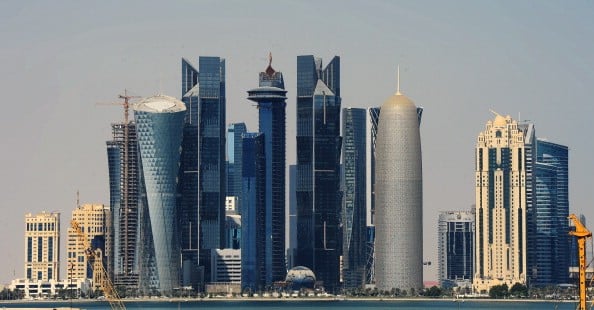 Qatar plans to boost government spending by 18 per cent to 210.6 billion riyals ($57.8 billion) in the 2013/14 fiscal year that began on Monday, the QNA state news agency quoted Finance and Economy Minister Youssef Kamal as saying.

The emir of the tiny, gas-rich state on Monday approved a budget with revenues of 218.1 billion riyals and a planned surplus of 7.4 billion, well down from a surplus of 27.7 billion riyals it pencilled in for the previous fiscal year, QNA said.

Kamal said in a statement carried by QNA that preparing the new budget was based on a number of considerations: “The first of which is that there are indications that the world economy is on its way to improvement, despite the fact that these expectations are marred with uncertainty.”

The government decided to keep the oil price which its budgets assume unchanged at $65 per barrel, Kamal said. Brent crude oil is currently well above $100.

Economic growth in the world’s top exporter of liquefied natural gas is expected to be more than four per cent this year, driven by the non-hydrocarbon sector, especially services and construction, Kamal said.

Qatar’s state budget leaped into a large surplus of 94.6 billion riyals in the July-September period, the second quarter of its 2012/13 fiscal year, equivalent to 53.9 per cent of gross domestic product in that period, preliminary central bank data show.

Analysts polled by Reuters in January forecast Qatar’s budget surplus would be 9.1 percent of GDP for the whole 2012/13 fiscal year, narrowing to 7.5 per cent in 2013/14.