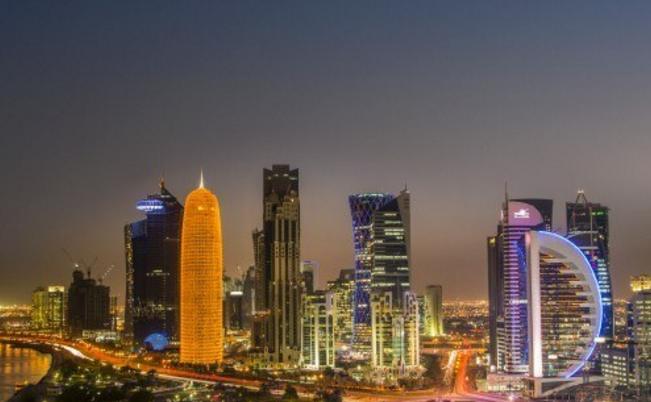 Natural gas-powerhouse Qatar has set its sights on tourism to bolster its non-oil revenue.

And just in time too, as the global natural gas sector is in the middle of an unprecedented shift. New suppliers from the United States, Australia and Russia are looking to eat into Qatar’s market share.

Australia is set to overtake Qatar as the world’s leading exporter of liquefied natural gas by next year. Although the Gulf state will remain a dominant force in the global gas sector for decades to come, the development of a tourism infrastructure is a vital plank in its diversification strategy.

While other commodity-exporters are reeling from the global price rout and curtailing investment plan, Qatar’s fiscal cushion is allowing it to push ahead.

Compared to the other Gulf Cooperation Council countries, Qatar has its budget calculated at the price of $55 per barrel, the lowest among its peers notes Knight Frank Middle East and North Africa associate partner Diaa Noufal.

“This has assured the country continues with its $200bn plus infrastructure upgrade projects with a comfortable position. The deficit is expected at 0.7 per cent of GDP, which is a first in the history of Qatar. With accumulated wealth during the last decade, Qatar is in a very comfortable position that allows it to continue its plan for the fiscal year without any cuts. Therefore, construction activity in Qatar is seeing positive growth for the next 12 months.”

The pace needs to pick up as the country’s grand Qatar National Tourism Sector Strategy 2030 envisions seven million tourists each year by 2030.

These figures are expected to rise exponentially as new projects come online.

The World Travel and Tourism Council expects Qatar’s tourism sector to contribute QAR 66bn to the economy by 2025 or just over 4 per cent of gross domestic product com- pared to its current level of QAR 42.1bn.

Qatar Tourism Authority’s strategy envisages investments of around $45bn of public and private capital to achieve its target. This will raise tourism’s direct contribution to GDP to 3 per cent by 2030, compared to 1 per cent this year.

These investments are already making waves. The capital Doha is currently the sixth busiest city in the world in terms of new hotel development, according to data- base Top Hotel Projects. The city has 37 projects under way featuring around 10,500 hotel rooms. Only Dubai (85 hotels) and Riyadh (42 hotels) have more projects in the region.

Doha already boasts 74 hotel projects completed – with 13,595 rooms – as the country steps up its efforts to build out its tourism sector.

Management consultancy Deloitte notes that the country’s upscale hotel sectors recorded the highest growth in supply of 175 per cent and 106 per cent respectively from 2009 to 2014. The luxury segment, at 75 per cent, growth followed.

Although hotel occupancy levels remain around 70 per cent and average revenue per room has fallen due to excess supply, Doha is building for the future.

Key events such as the FIFA World Cup in 2022, the UCI Road Cycling World Championships in 2016 and the FIG Artistic World Gymnastic Championship in 2018 should keep hotels busy.

While sports and the development of infrastructure for the world cup has garnered worldwide attention, Qatar is hoping to build a multifaceted tourism offering.

The country is also looking to develop its cultural offering with the launch of the magnificent National Museum of Qatar. It houses some of the world’s eclectic cultural delights. In addition, the tourism authority hopes the development of beaches, shopping malls, entertainment facilities and restaurants will appeal to leisure tourists, especially families.

Other key components of Qatar’s tourism strategy include health and wellness attractions. Thousands of people from the region visit Europe and the United States for state-of-the- art healthcare. Qatar is hoping to take of slice of this market through new hospital and medical facilities.

Finally, the country is home to major international universi- ties that should attract students from around the region. These include the Qatari branches of the Carnegie Mellon University, University College London, University of Calgary and the Texas A&M University.

Despite the impressive growth in hotel development, analysis by Deloitte suggests the authorities would be challenged to reach a FIFA-set target of 60,000 rooms by 2022.

Qatar has been building new projects at a rate of 11 per cent each year for the past five years. But to achieve the FIFA target, the level of demand growth required is approximately 16 per cent per annum between 2014 and 2022.

“Clearly, there is limited time to construct the high volume of hotel rooms required to meet the 2022 targets. To deliver 42,000 rooms, i.e. 210 new hotels over seven years, at a rate of over 30 properties per year will require focus in order to achieve delivery – particularly when compared to Qatar’s peak delivery rate of 12 hotels in 2012,” Deloitte says.

Noufal believes the target can be achieved, especially given a trend towards repurposing old properties in central areas for hospitality use.

“This won’t affect the overall supply number, but it will keep the balance into different star cat- egories in the city,” he says.

Developing the tourism sector will require a broad focus. This includes the expansion of high-flying Qatar Airways, which already connects 151 destinations via its 162 aircraft.

In addition, the authorities are expanding Hamad Interna- tional Airport. The new airport became operational in May 2014 with a capacity for 35 million pas- sengers. New phases will raise this to 55 million by 2020.

“Qatar Airways has also played a major role in the design and development of Hamad International Airport, which caters to millions of tourists every year, helping contribute to the overall growth of the economy and the development of the country,” Qatar Airways group chief executive Akbar Al Baker tells Gulf Business.

The Hamad International Airport consortium is developing an Airport City featuring a business district, aviation train- ing facilities, a logistics district and a residential district capable of accommodating 200,000 residents over an area of 10 square kilometres.

Indeed, the authorities are hoping that the tourism sector will serve as a new foreign direct investment magnet for the economy.