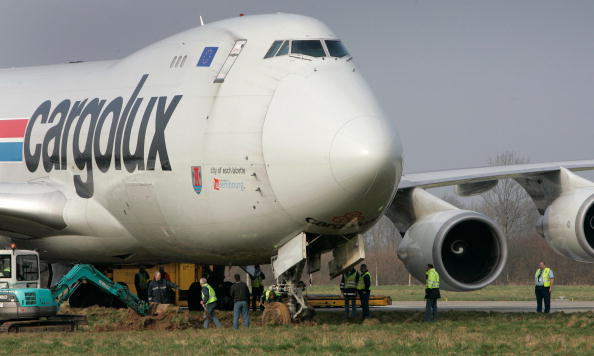 Qatar Airways has sold its entire 35 per cent stake in freight-only airline Cargolux, the chief executive of Qatar Airways confirmed on Sunday.

“We sold our stake back to the Luxembourg authorities. We are not anymore a shareholder in Cargolux as of January 1 this year,” Akbar al-Baker told reporters at an event in Doha.

“We sold the entire stake. I think the Luxembourg government thought that as it is a national carrier, they would like the 100 per cent stake.”

A spokeswoman for the Luxembourg state had said on December 19 that Luxembourg had taken back a stake in Cargolux from Qatar Airways with the intention of selling it on soon. Luxembourg sold the 35 per cent stake to Qatar Airways last year, and bought it back for the original sale price of $117.5 million.

Luxembourg has said it is in talks with a number of potential buyers for the stake.

The Luxembourg government and other groups took over Swissair Group’s 33.7 per cent stake in privately held Cargolux as a temporary measure at the end of 2009 after the Swiss airline went into liquidation.

Al-Baker denied marked speculation that Qatar Airways was talking to Al Italia about a possible combination.

“We have not opened any talks with Al Italia or its owners. We are not studying it, and we have not been approached,” he said.

On prospects in India, Al Baker said his airline was not talking to anyone.

“India is a huge and potentially very lucrative market, but I believe there are still issues to be resolved before it will really be opened up,” he said.