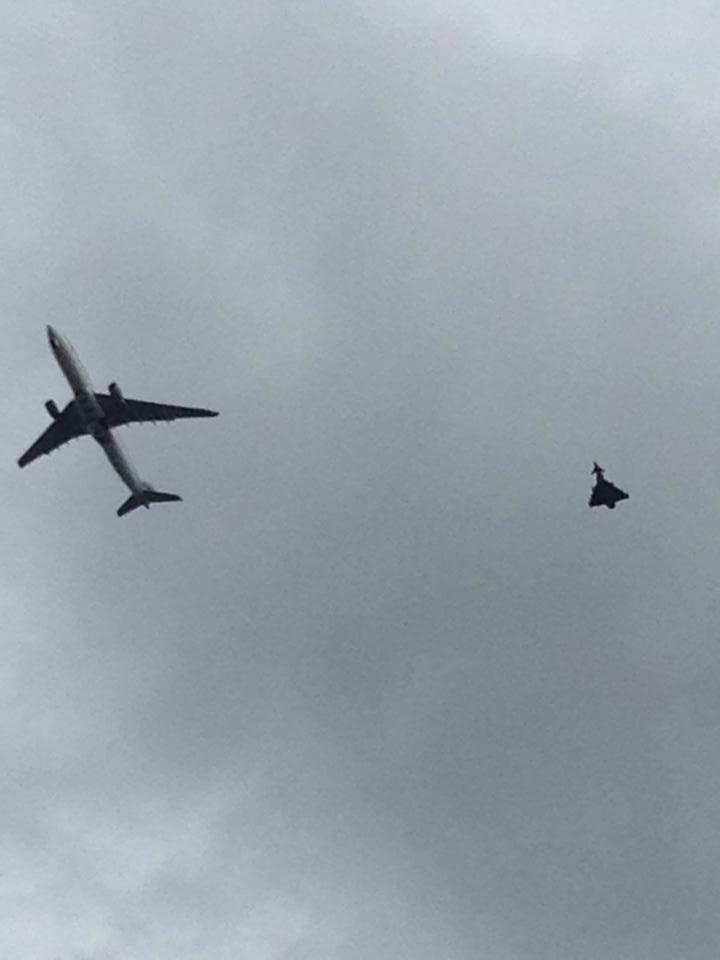 A Qatar Airways flight was escorted by military jets to land at Manchester airport on Tuesday after the pilot reported that it had a “possible device on board.” One man was later arrested for a hoax bomb threat.

The Airbus A330-300 flight, QR23 from Doha, had 269 passengers and 13 crew on board. It was escorted by a Royal Air Force (RAF) following information received by the pilot, police officials said.

“An incoming plane was escorted into the airport by the Royal Air Force as a result of information received by the pilot about a possible device on board,” chief superintendent John O’Hare said in a statement.

Greater Manchester Police later tweeted that they had arrested one man in connection with the incident.

“A 47-year-old man was arrested on suspicion of making a bomb hoax after the incident at Manchester Airport. Plane search complete and nothing found,” they said.

The Manchester airport was closed briefly for 25 minutes, as the plane landed, but re-opened soon after a terror threat was ruled out.