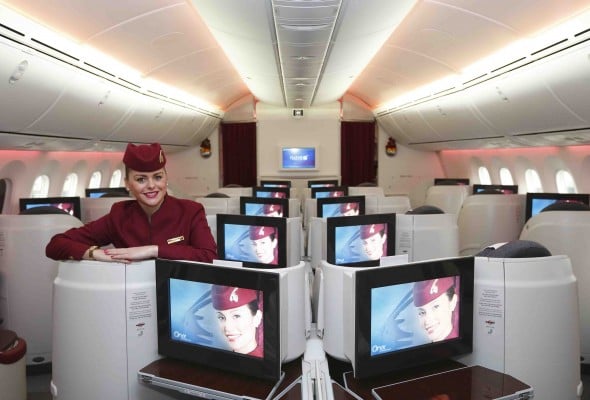 Government-owned Qatar Airways has been accused of discriminating against its female employees and violating international agreements, a UN body has said.

The International Labour Organization criticised the airline’s policies regarding terminating contracts of pregnant women and prohibiting women being dropped off or picked up from the company by a man other than their father, brother or husband.

According to the charges, female cabin crew members are obliged to notify Qatar Airways if pregnant and the airline has the right to terminate the contract of employment.

“The committee is cognizant of the health and safety reasons behind the obligation to notify the pregnancy and the temporary impossibility for cabin crew members to fly in case of pregnancy,” the ILO report said.

“It considers, however, that protective measures should include action taken to ensure that a woman worker does not lose her job during pregnancy and that maternity is not a source of discrimination in employment and occupation.”

The committee also noted that the prohibition for women employees to be dropped off or picked up from the company by a man other than their father, brother or husband amounts to “discrimination based on sex.”

The Qatari government has however rubbished the allegations, saying that they are “based on comments made by a small group of anonymous people and an unreliable article published in a newspaper.”

The government also ruled that a new employment contract is in force since December 2014 for all new cabin crew staff.

With regard to existing cabin crew, the government states that approximately half of the members have been transferred to employment under the new contract and it is expected that the rest of members will be transferred in the coming months.

The ILO report did acknowledge that the contractual bar on employees marrying in the first five years of service – after which they could only marry with company permission – has now been removed from Qatar Airways’ contracts.

It added: “The committee notes that neither complainants nor the government have provided information on the impact of the requirements concerning marital status in the new employment contract on women employees.

“Hence more information is needed to determine if these requirements have a disproportionate impact on women, who make up 80 per cent of cabin crew, and could give rise to indirect discrimination against women.”