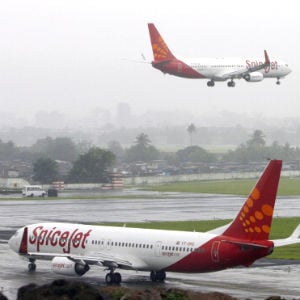 Qatar Airways is not interested in buying a stake in Indian budget carrier SpiceJet Ltd or any other Indian airline, its chief executive said, quashing media reports that the Gulf carrier was in talks for a potential investment.

Shares in India’s SpiceJet Ltd rose by as much as 8.5 per cent on Tuesday after the Times of India reported the budget carrier was close to selling a stake to a foreign carrier, which it said was most likely to be Qatar Airways.

In a statement on Tuesday, CEO Akbar al-Baker denied it was involved in any discussions for a possible investment.

“Qatar Airways categorically denies it is interested in investing in Spicejet or any other Indian airline,” CEO Akbar al-Baker said in a statement.

“This is pure speculation by individuals who deliberately want to spread such unfounded rumours to raise the stock value of their entities.”

Al-Baker said Qatar Airways would only look at investing in India once it believed that laws and regulations in the country had been “properly liberalised”.

SpiceJet said in a statement earlier in the day that it was premature to comment on the possibility of selling shares to any investor, but that some interest had been shown after a recent rule change allowing foreign carriers buy stakes in local airlines.

“(A) few investors have evinced interest in the company post government of India allowing FDI (foreign direct investment) in the civil aviation sector to foreign airlines,” SpiceJet said in a statement to the Bombay Stock Exchange.

“It will be very premature to comment on the possibilities of any fresh equity issuance to such interested parties or confirm/deny names of any specific entity,” the company added.

SpiceJet shares closed up 4.1 per cent at 45.85 rupees on the Mumbai Stock Exchange. They surged 161 per cent last year on expectations that the airline would eventually sell a stake to a foreign carrier.

In September India allowed foreign airlines to buy a maximum 49 per cent stake in local carriers, opening the prospect of its battered airlines getting fresh funding.

Jet Airways, India’s second-largest carrier, is in talks with Abu Dhabi’s Etihad Airways to sell a stake, it said earlier this month, in what could be the first deal in the sector following the rule change.