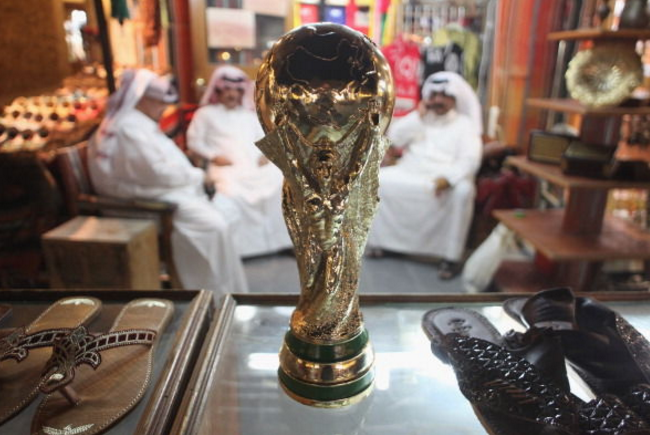 The secretary general leading Qatar’s 2022 FIFA World Cup programme has suggested the country’s bidding committee did nothing wrong in winning the vote for the tournament.

“We always expected criticism. There isn’t a single major sporting event in the world that doesn’t go through that journey, but I think ours has been particularly intense. We became the victim of a campaign that singled out Qatar and our successful bid without any shred of evidence. We’ve had to live with that for five years but there has still been no evidence to suggest our bid committee did anything wrong. ‘

Corruption investigations into the football governing body FIFA began in May when the US Federal Bureau of Investigation indicted 14 people. Since then FIFA has also opened formal proceedings against president Sepp Blatter and UEFA head Michael Platini with the two facing lengthy bans from football.

The Swiss Office of the Attorney General is also reviewing 133 reports of suspicious financial activity linked to the decisions to award Qatar and Russia the 2022 and 2018 tournaments.

In the interview, Al Thawadi responded to comments made by attorney general Loretta Lynch that the US hoped Qatar would cooperate with the World Cup investigation.

“It is important to contextualise the comments of Attorney General Loretta Lynch, hoping for Qatar’s co-operation, if required, in the investigations being undertaken by American and Swiss authorities. This was a direct response to a question from Ms Lynch’s audience specifically referring to Qatar, rather than the attorney general stating this of her own volition,” he said.

“We have not been contacted by the US Department of Justice or the office of the Swiss Attorney General in relation to their investigations. We cooperated fully with Michael Garcia’s Ethics Committee investigation and intend to do the same should there be any request from the American or Swiss authorities.”

He went on to maintain that the committee conducted its bid ethically and with integrity, adhering by all rules and regulations of the 2018/2022 bidding process.

Al Thawadi described hosting the tournament in the Middle East as more necessary than ever considering the global political climate and sought to distance the country from the current investigations.

“What is happening at FIFA is a completely separate issue compared to Qatar’s right to host the World Cup, which people will hopefully start to realise. The Supreme Committee, much like football fans, players and clubs around the world, is committed to working towards a game that is played and managed in a fair and transparent manner and we welcome the reforms FIFA has proposed.”

Despite the scrutiny the bid has faced he also described his participation as “worth every second” and sought to dismiss concerns over the deaths of labourers building the World Cup infrastructure.

“That’s simply something that is not true. In more than 14 million man hours worked the SC has not experienced one single fatality on site. Our Workers’ Welfare Standards ensure the highest level of health and safety on all of our stadiums. The welfare of our workers is of paramount importance and we simply do not compromise our high standards. I just wish the same could be said of some of the media outlets who report these false claims.”