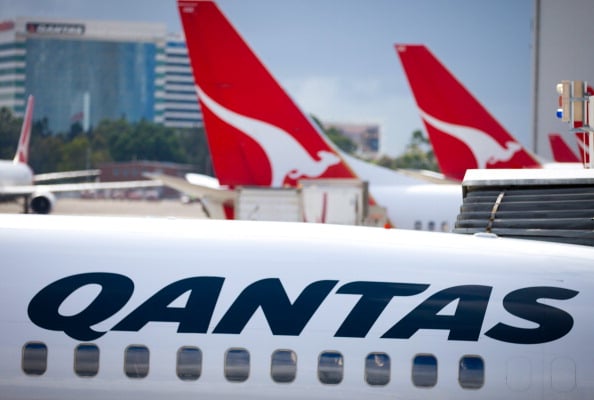 Qantas, which formed an alliance with Emirates Airline this year in an effort to trim losses on international routes, has been battling to keep its domestic yields up as investment in the once-booming resources sector slows and the government forecasts limp economic growth into 2014.

The slowdown has coincided with a ramping up in competition from rival Virgin Australia Holdings Ltd.

“Virgin has been trying to take market share in that domestic space, so Qantas has sort of retaliated and tried to hold their ground,” said Nathan Zaia, an analyst at Morningstar in Sydney, adding capacity is currently well above demand.

As well as cutting unprofitable international routes, Qantas has been shedding jobs, reducing capital spending and selling assets to cut debt. It announced it would sell its Qantas Defence Services unit, which provides logistics and support for the Australian government and military, to Northrop Grumman Corp for A$80 million.

Qantas said underlying profit before tax rose to A$192 million ($171.72 million) from A$95 million a year ago. Underlying operating losses on its international arm halved to A$246 million, while profits on domestic earnings fell 21 percent to A$365 million.

The airline posted a full-year net profit of A$6 million from a net loss of A$244 million a year ago.

Analysts, on average, had forecast an underlying profit of A$92.7 million and a net profit of A$66 million, according to Thomson Reuters Starmine data.

Qantas said the operating environment remained tough and volatile, with aggressive competition in the Asia-Pacific region in particular.

“No group profit guidance is provided at this time due to the high degree of volatility and uncertainty in the competitive environment, global economic conditions, fuel prices and foreign exchange rates,” the company said in a statement.

Both Qantas and Virgin Australia had done well out of “fly-in fly-out” contracts from mining companies with large workforces in remote locations, and from scheduled services to regional destinations and smaller towns within Australia. That is slowing down in tandem with the mining sector, said Akshay Chopra, an analyst at Karara Capital in Melbourne.

“A lot of those customers have been very profitable because they’ve been paying big prices on tickets to fly to these regional and sub-regional areas. As some of those slow, that’s clearly going to have an impact,” Chopra said.

Virgin Australia, which counts Singapore Airlines Ltd , Etihad, and Air New Zealand Ltd among its investors, issued a profit warning earlier this month, blaming a tough environment and higher coasts as it projected a full-year net loss in the range of A$95 million to A$110 million when it reports on Friday.

In contrast, Air New Zealand reported a near tripling in its annual profit on Thursday, as it flew more passengers and increased earnings at its cargo unit as the domestic economy there perked up.

Its shares jumped five per cent on Thursday.