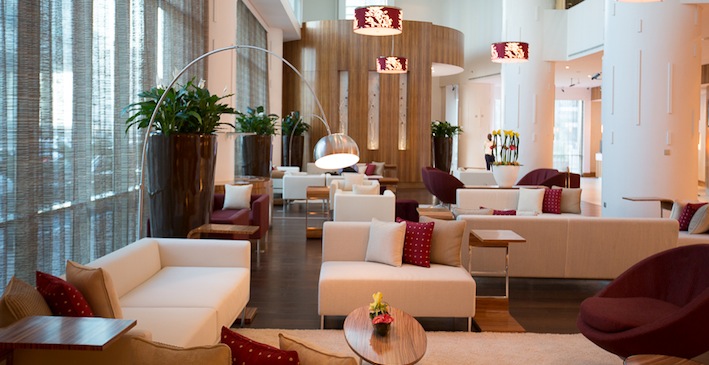 Alongside 296 hotel rooms are 58 serviced apartments. Hotel categories include Superior (162), Deluxe (39), Executive and Deluxe Executive (69) and eight rooms are available for disabled guests. Suite configurations include 10 one-bedroom, six two-bedroom and two three-bedroom suites, all of which provide guests with access to the 16th floor Executive Lounge.

Six F&B outlets are on site including the signature Manzoni Italian restaurant and Amarillo tapas bar. MICE is similarly a key sector with 11 meeting rooms and modern business facilities. Leisure services include the Serenity Fit & Spa and rooftop pool.

The hotel, whose opening has been delayed, targets the increasing number of corporates in the district.

It’s the second five-star hotel in JLT, after the Bonnington, and follows the launch of the four-star Movenpick in December 2013. It becomes Accor’s second Pullman hotel in the city, complementing the Pullman Dubai Deira City Centre.