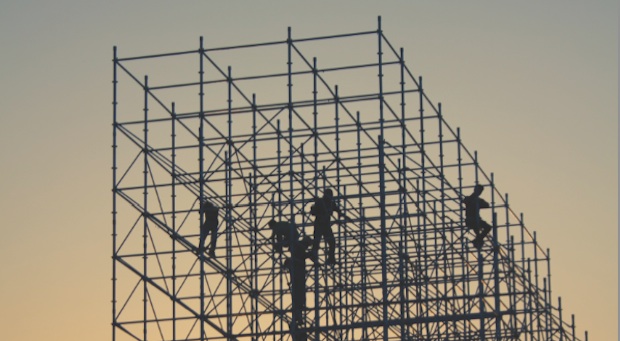 As fiscal budgets in the Gulf Cooperation Council continue to come under strain due to low oil prices, the need for financial innovation when it comes to sources of funding is assuming ever-greater importance.

Ratings agency Standard & Poor’s put it bluntly in its February 2016 report, entitled To Pay For Its Big Infrastructure Bill, The Gulf May Have to Look at Innovative Forms of Finance.

The report noted that combined government expenditure in the GCC over the next four years is forecast to hit $480bn; a minimum of 60 per cent of which is likely to be invested in infrastructure projects such as transport. Factor in an additional $600bn for projects either in the planning stage or already awarded over the period and it becomes abundantly clear the numbers simply do not add up and that a substantial funding gap is likely to continue, unless addressed now.

In the past year, Saudi Arabia, for example, burned through 16 per cent of its foreign-exchange reserves to bridge its biggest budget shortfall in a quarter-century, according to Bloomberg.

While funding agencies in the kingdom, such as the Saudi Industrial Development Fund – affiliated with the Ministry of Finance and National Economy – will continue to step into this breach by providing medium and long-term soft loans for private industrial projects, funding shortfalls are likely to continue.

One way out of this fiscal conundrum will be the increased use of the public-private partnership funding model; in essence a government service or private business venture funded and operated through a partnership of government and one or more private sector companies.

The PPP model can be used to address funding gaps and allowing finite governmental resources to be reallocated elsewhere – such as health, education and welfare. But it can also allow governments to reduce their own financial, technical and operational risk exposure to a given project by outsourcing some of the financing to the private sector, which it turn can execute and operate it.

Indeed, under some PPP variants, projects can be de-risked to the point where the cost of using the service is borne exclusively by the users of the service, rather than by the taxpayer.

From the developer’s standpoint, the PPP model is an attractive proposition because it provides visibility, certainty and security with regard to the management of cash flow. It can also provide some measure of protection against circumstances beyond its control such as a downturn in the global economy.

PPPs theoretically allow investment in public infrastructure to be accelerated, given projects that may otherwise have been procured by the public sector in several parts can now be procured as a whole. But critics of the model maintain the public sector – hence government – effectively cedes financial control to the private sector. At least in some scenarios. How and to what degree will largely be determined by the nature and scope of the project and the type of PPP model being used.

A measure of the challenges facing GCC states regarding sources of financing can be seen in the 63 per cent cut in Saudi Arabia’s transport and infrastructure budget in 2016. Funds for projects such as the Riyadh Metro and Jeddah’s King Abdulaziz International Airport, fell to SAR 23bn ($6.1bn), compared to SAR 63bn ($16.8bn) last year, according to S&P.

The agency added that the decline in oil prices, combined with reduced subsidies for fuel in the Gulf, “could strengthen the project finance and PPP markets for energy projects, and spark greater interest in renewable energy projects, which are still at a nascent stage in the region”.

Given Saudi Arabia’s decision to issue domestic debt again last year – coupled with an increase in sovereign issuance in the Gulf to $53bn in 2015 from just $14bn in 2014 – authorities are signalling they are more willing to embrace private finance.

Governments in the region have been updating or drafting new laws for PPP, recognising that they do offer opportunity and can mean the sharing of operational risk with the private sector.

Despite the underdevelopment or even absence of formal PPP regulatory frameworks in the Gulf to date, infrastructure projects have used the PPP (or some variant of it) model in the past.

In a strategy note issued ahead of the Jeddah Economic Forum in March 2016, specialist emerging markets investment bank Arqaam Capital said “Saudi Arabia’s plans to implement wide-ranging institutional changes to put its fiscal policy on a sustainable footing would give an unprecedented impetus to PPPs in the country”.

It added that the Saudi Arabian government funds over 80 per cent of the infrastructure projects in the country, while PPPs only account for 4 per cent of total projects.

Arqaam’s executive director of infrastructure asset management Suhail Hajee noted: “Saudi Arabia is committed to PPPs and we have already witnessed this across the kingdom’s civil aviation sector with the government announcing its intention to privatise international and domestic airports by 2020.

“In fact, the government inaugurated its first PPP airport scheme in 2015 with the $1.4bn Prince Mohammad Abdulaziz Airport in Medina. We expect this trend to continue as the government aims to curb costs and avoid public financing.”

Elsewhere, in 2015 Kuwait and Dubai introduced new laws allowing for greater use of PPPs, while in Qatar the nation’s Ministry of Economy and Commerce has indicated that a new PPP law will submitted to the cabinet this August, with implementation targeted for year’s end. In Oman, PPP and private investment frameworks are being put in place for health and housing schemes among others.

In Kuwait, phase two of the construction of the Al Zour North independent water and power project (that will eventually provide 1,500MW of capacity) has recently been put out to tender.

This project is important, not only for the obvious economic reasons, but also because it was used as a template when the authorities were recently adjusting the country’s PPP legal regime.

It forms part of a PPP project pipeline – overseen by The Kuwait Authority for Private Partnerships – that includes development of the Kuwait Metropolitan Rapid Transit System.

The five phases of the project will eventually comprise 69 stations along a network of 160km of lines with operations expected to commence in 2020. In Dubai, meanwhile, the recently announced deal between Dubai Courts and Park Line LLC – aimed at developing one of the world’s largest automated car park facilities within the existing premises of the Dubai Courts – marked the first PPP since the emirate launched its new PPP law in November 2015.

The law formalises permitted structures such as user-pay or concession-type projects, as well as availability type schemes where the government entity retains usage risk and pays a service fee.

Grander offerings may eventually include the $32bn Al Maktoum International expansion at Dubai World Central that will enable the airport, covering an area of 56 square kilometres, to accommodate more than 220 million passengers a year.

Actions speak louder than words, however, and while fiscal budgets in the region come under pressure, implementation of formalised PPP frameworks that could ease pressure on budgets has been slow and patchy.

In order for the PPP model to succeed over the longer term, governments need to overcome reluctance in certain quarters to cede some measure of financial control in projects. They must also accept that the model need not necessarily be a more onerous and expensive source of finance than more traditional funding avenues for would-be project partners.