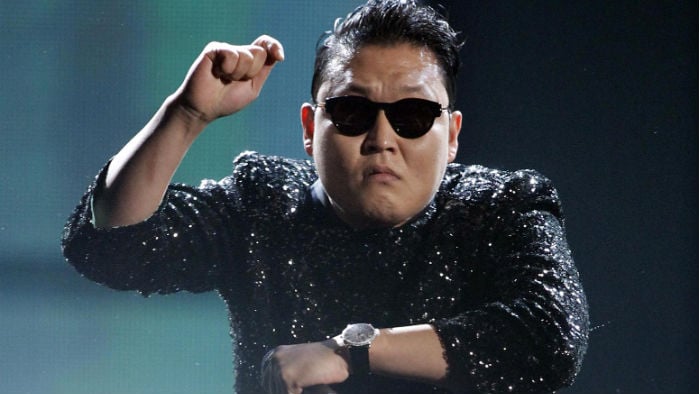 Gangnam Style, the hit single by South Korean pop singer Psy, has become YouTube’s most-watched video of all time, registering over 812 million views since it was posted on the site in July.

The song, which has become a global phenomenon, features a sarcastic depiction of the affluent Gangnam suburb in Seoul.

Psy’s wild dance in the music video has inspired a wide range of spoofs and copycat versions, including one in Saudi Arabia.

A group of young men in the Kingdom, clad in white undershirts and loose pants, poke fun at Saudi youths who roam around the country dressed only in their undershirts and thobe pants.

Other versions of the song include those performed by Filipino prison inmates in Cebu, Eton College schoolboys and parodies of Mitt Romney and US President Barack Obama.

Gangnam Style, which has over 5.4 million ‘likes’ on YouTube, also holds the Guinness Book World Record for the most “liked” song ever on the site.