PS4 In The UAE – What You Need To Know - Gulf Business 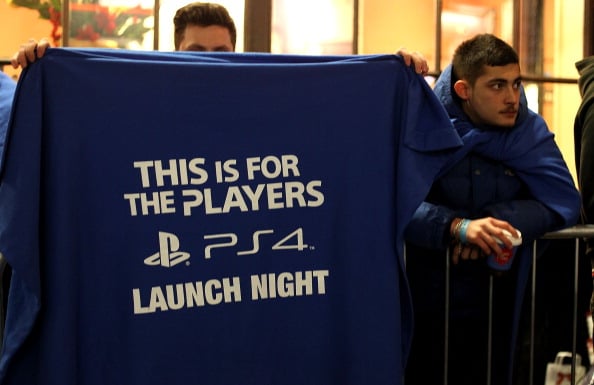 The highly anticipated PlayStation 4 goes on sale in the UAE at midnight tonight, and is widely expected to smash existing one-day sales records with thousands of pre-orders at gaming stores across the emirates already made.

Prices for the latest console are expected to start at Dhs1,699, with a single controller costing Dhs269.

Before the launch, Nadeem Khanzadah, head of retail at Jumbo Electronics, answers the most pertinent questions.

What are the expected sales figures for the PS4?

“We’ve received a record number of pre-bookings – 1,000 in two months to be precise, and we would have easily crossed 5,000 had we not capped pre-bookings.

“We are certain that this region will replicate the global record-breaking success that PS4 enjoyed on its launch weekend in the States and the following launches in Europe, Australia and Latin America.

“The GCC will further contribute to the global sales figures that have so far surpassed 2.1 million units, meeting and possibly surpassing initial Sony predictions of selling three million units globally by year’s end.”

What are the key features/notable upgrades?

“Sony Play Station 4 is capable of 10 times the processing power of the PS3 system it replaces. PS4 features an optimized design featuring a unified 8GB of high-speed GDDR5 RAM, an eight core X86 CPU, and a very powerful graphics processor.

“Generally speaking, the PS4 system will enable game developers to build larger, more detailed worlds than they could with the PS3 system.

What social gaming, mobile apps and motion sensor functionalities will be available?

“Some of the features that users can enjoy for free, which are available in this region right from the launch, include a Share options where gamers can send gameplay video and screenshots to Facebook, screenshots to Twitter, or livestreaming gameplay via Ustream or Twitch.

“Remote play of the PS4 is also possible through the use of the PS Vita System, and so is the possibility to purchase premium content through the Playstation Store access functionality.

“In terms of networking and multiplayer gaming over the internet, the PS4’s upgraded hardware and software interface will now allow gamers to send and receive text messages from each other, voice chat during gameplay as well as compare trophy data with other users.

“Last but not least, the PS4 will also have apps servicing it available on the App Store and Android Play Store, as well as the capability for internet browsing. In other regions, the purchase of a PS4 will give the user the ability to access Sony entertainment content such as movies and TV series.”

What are the most awaited PS4 games?

“PS4 is the most powerful games console ever, created by game creators for game creators to ensure the best games are on PS4. This has resulted in the strongest line-up ever for the launch of a PlayStation platform.

”There will be 33 games available on PS4 in 2013, including blockbusters such as Call of Duty-Ghosts, FIFA ‘14, Assassin’s Creed-Black Flag and Battlefield 4, as well as games from Sony’s own studios, including Killzone-Shadow Fall, and Knack.

“Alongside these huge games, there will be a large selection of innovative and fun Indie games.

“As for the most awaited game, that depends on what kind of a gamer you are, as the launch titles hold something for every type of gamer.”

Will there be significant changes to the games?

“In general, neither digital nor disc-based games will be region locked, but PlayStation recommends that all users purchase games at the region of their residence to guarantee the best overall experience and customer service.

“In certain instances, a software publisher may choose to region lock a game title for specific reasons, but Sony Computer Entertainment expects these instances to be uncommon.

“As for used games, and similar to the PS3 system today, PS4 will not restrict players from playing disc-based used games. When a gamer buys a PS4 disc, they have the right to use that copy of the game, so they can trade-in the game at retail, sell it to another person, lend it to a friend, or keep it forever.

“Furthermore, users will not have to go through activation steps or be charged usage fees when playing used disc-based games on their PS4.”

Will PS4 be backwards compatible to support previous generations of PS games?

“No, the PS4 system does not feature backwards compatibility.”