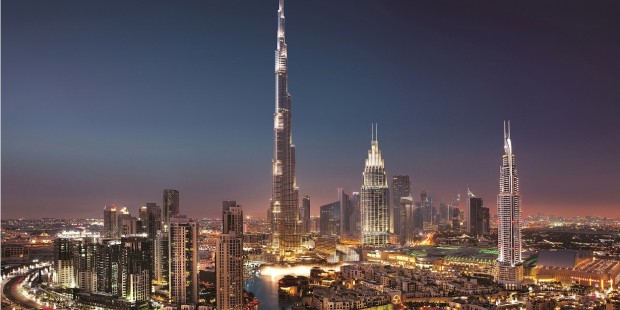 Property speculators are back in Dubai, aiming to make their fortunes by buying apartments and villas for cash, then selling them within months, weeks or even days. It’s a sign, some people fear, that Dubai risks repeating the mistakes of the past.

Queues of investors have formed outside the offices of major real estate developers in the past several months, in scenes that recall the emirate’s boom days before 2008, when money poured into Dubai property from around the world.

That boom was followed by a devastating crash when the bubble burst; inflated residential property prices plunged by more than 50 percent between 2008 and 2011. Dubai was forced to obtain a $10 billion bailout from neighbouring Abu Dhabi.

This time around, there are reasons to think that any property bubble will not be as large as the last one; supply and demand have not diverged as much, and government officials have said they will regulate the mortgage industry.

But given Dubai’s history, renewed signs of exuberance in the property market are grounds for concern. Mario Volpi, head of residential sales and leasing at property consultancy Cluttons in Dubai, warns that an unsustainable bubble could form unless the government steps in.

“Many investors who are queuing up for these properties are looking to make a quick buck by flipping them,” he said. “We need a rule that perhaps stops selling of property for two years after purchase. Or perhaps some sort of a tax on such sales.”

Although there a big variations within Dubai’s housing market, and many low-end properties are still weak, prices generally hit bottom around the middle of last year. Since then they have recovered impressively, rising as much as 20 percent in prime areas.

Some investors among the roughly 100 lining up earlier this month at the downtown headquarters of Emaar Properties , the emirate’s biggest developer, were veterans of the last boom.

“There is the same excitement in the air…People are buying anything that’s being offered by Emaar,” said one Pakistani investor, who did not wish to be identified because he did not want to draw attention to his operations.

The investors were seeking to buy “off-plan” properties – projects which had been designed but not yet built, and which might be sold on to another owner before construction. And, like the old days, many or most purchases appeared to be in cash.

“No one standing here is buying on mortgage. This is a cash buy business,” the investor said.

Ryan Mahoney, chief executive at property brokerage firm Better Homes, said: “In case things get too overheated, I do hope the regulators step in.”

Individual Dubai property agents handled as many as 30 separate projects at a time during the boom between 2006 and 2008, he said.

“Now we handle about two to three and they have not been launched. So, it’s still nothing like the days back in 2008, but there is definitely increased speculation in the market.”

There are some good reasons for the market’s recovery. Thanks to a burgeoning tourism sector and its status as a business hub for surrounding regions, Dubai’s economy is now recovering strongly, growing at a rate of roughly 4 percent. Political unrest elsewhere in the Middle East is prompting some people to use Dubai as a safe haven for their wealth.

It is not clear that supply and demand are getting far out of line. Analysts expect about 15,000 to 18,000 residential units to enter Dubai’s market this year and the same number in 2014 – although these numbers may rise as scores of projects, shelved during the crash, are revived.

On the demand side, the population of Dubai, now about 2 million, has been growing at annual rates of around 5 percent or more, meaning an addition of about 100,000 people every year, according to official data. Such growth seems able to absorb the projected increase in supply.

Also, Dubai currently does not look expensive compared to other international cities. Prime residential space in Dubai now costs around $1,000 per square foot, compared to twice that amount or more in London.

Other aspects of the property market’s recovery are more troubling, however. One major, unresolved question is whether authorities are willing and able to regulate the market to prevent the excessive volatility of the past.

Dubai is certainly monitoring the market more closely now than it did before the crash. The Real Estate Regulatory Authority’s website provides updates on the progress of projects and the performance history of developers, and a system to hear complaints from investors and tenants has been introduced.

But an initial attempt by the United Arab Emirates central bank to curb speculative buying of properties has foundered. In December it introduced caps on mortgage loans as a proportion of the value of properties being bought; three weeks later, after commercial banks complained, it said it would not enforce those rules.

The central bank now says it plans to introduce wide-ranging rules for the mortgage market in six to nine months, after consulting the banks. The banks, which are politically influential, have proposed softer caps than the central bank’s original intention.

As few as 15 percent of Dubai’s home purchases are estimated to involve mortgages, so some analysts question how effective mortgage caps would be in heading off speculators.

Another concern is the effect of government statements in fuelling the bullish mood in the property market.

Prices have taken off in the last several months after the government and state-linked firms announced plans to build a series of spectacular projects, including a development featuring the world’s largest shopping mall and 100 hotels, a $1.6 billion island project housing the world’s largest Ferris wheel, and a $2.7 billion complex of five theme parks.

The statements buoyed the confidence of investors, but details have not been released, and in the past decade, Dubai announced many plans that were later quietly shelved. If the current plans do not materialise, demand for residential property could turn out to be less than hoped.

An official at a top construction firm in Dubai, speaking on condition of anonymity because of the commercial sensitivity of his remarks, said concrete construction plans had not yet been made for any of the recently announced projects.

“It will be a while before all this translates into work for us or anything starts, if at all,” he said.

Volpi said the recent announcements might be linked to Dubai’s active efforts to promote its bid to host the World Expo 2020, an event which could draw an estimated 25 million visitors. A decision on which country will host the fair is expected this year.

“If we get it (the Expo), we have seven years to build all that. If we don’t, none of it will ever get built,” Volpi said.