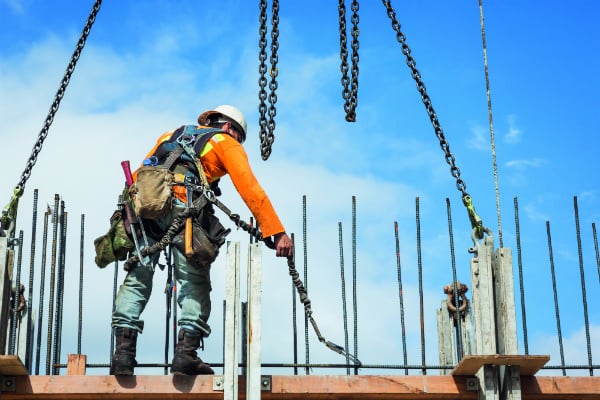 As the impact of the dramatic oil price decline continued through 2014, Saudi Arabia found itself with falling gross domestic product.

This was due to the considerable contribution from the hydrocarbon sector and a realisation that historically major programmes and projects in the country had been over budget and late in their delivery.

What was recognised during that time in Saudi Arabia – and cemented within the National Transformation Plan and Vision 2030 – was that the current status quo in project delivery could no longer continue. Also, having government entities that could expend approximately $1 trillion without central approval, it was realised that a greater degree of control was and is paramount in addressing the ‘value for money’ question and providing surety on delivery times and costs.

This was coupled with a rationalisation and prioritisation of programmes and projects across the country to address the needs of diversification of the economy and the requirements of its citizens – the majority of whom are aged under 30.

One of the first points to address the problematic approach to development schemes and their delivery was the passing of Royal Decree No. 485 – the drafting of the National Project Management Office (NPMO) Royal Decree – in September 2015. This was an initiative undertaken by the Ministry of Planning and Economy and supported by a small group of industry experts, including Faithful+Gould.

The purpose of the decree was – in its own words – to ‘contribute to raising the adequacy and quality of implementation of public body’s projects through the application of international best practices in the areas of project management and program objectives’ and to ‘require the establishment of projects put (project management office) to follow up and coordinate the management of projects and verification of their implementation of it’. Critically, its purpose was also to ensure training and development of citizens and a handover to government of Saudised entities at the completion of the NPMO development.

With the downturn in regional governmental balance sheets in the past three years, we have seen significant capital withdrawals from the regional banking system, in which the oil rich countries of the GCC have historically held strong deposits. In the midst of this downturn governments have been partially reliant (amongst other mechanisms deployed) on the drawdown from these moneys.

This has led to difficulties for the likes of the Saudi Arabian Monitory Authority (SAMA) and Emirati banks in general. Saudi regional banks have historically provided significant capital funding to the local development market place, as have those in the UAE. With the drawdown that has occurred through the Saudi government, we have seen SAMA raise the loan to deposit ratio (LTD) from 85 per cent to 90 per cent early in 2016 (which by most estimates has now been reached by the majority of banks) and the UAE LTD reach more than 105 per cent.

With the LTD issues currently in the local system and a general slowdown in international liquidity, the global outlook for borrowing has slouched. Regionally, the liquidity issue has also been compounded.

Combined with the general sentiment, this has resulted in the significant stalling of projects as governments reign in their appetites for capital investment and the private sector suffers from
the dual issue of investor confidence (their own and their customers’) and lack of funds.

The liquidity slow down in Saudi Arabia led the government to the international bond markets with a $17.5bn issue. Significant though it is, being the largest of 2016, it doesn’t solve its issues in one swoop.

The current forecasts for Saudi are to run in excess of 8 per cent debt to GDP borrowing by the end of 2017, coupled to 12 per cent in 2016. By international standards, this is low and the government has a lot of room to flex, provided the Vision 2030 and National Transformation Plan are adopted and continue to hit at the heart of policy within the kingdom.

However, the diversification of the economy is paramount to deliver long-term attractive borrowing rates and sustainable employment opportunities for the citizens of Saudi Arabia. Furthermore, the private sector is finding the funding issue sensitive as credit terms are tightening and interest rates on loans are starting to turn northwards.

This plays well to the introduction of the NPMO and the governmental PMOs within the ministries and government related entities.

Although incredibly ambitious in their timelines and deliverables, the concept of bringing in the best international people and practices is the correct one. By improving efficiency by 10 per cent in terms of time and cost, the government could turn an $820bn pipeline into one of $738bn.

The systematic overhaul that has previously held much promise, but delivered little, could turn one of the world’s largest economies into a dynamic hub of growth and greater citizen employment if adopted correctly.

It is this generation’s opportunity, but requires time, commitment, implementation and action. PMOs need a chance to deliver. The NPMO may take a year or more to set up, with other government entities taking even longer due to guidelines set down by NPMO making this a balance of patience and requirements.

A truly dynamic change will take many years, but time is of the essence and the worry is that the pace of change may cause fundamental mistakes that require ‘starting over’.

Concerns also still exist though for the construction and development market. With the introduction of the NPMO and downstream PMOs, there is also the upcoming reprioritisation, reclassification and rescheduling of programmes and projects – due in parts to funding country needs and political priorities.

The reprioritisation of developments in the country – currently under review – is still the $1 trillion dollar question, with ranges of $20bn to $168bn being thought about in terms of cancellations and cut backs on existing and pipeline schemes.

With the government sector representing around 80 per cent of average contract awards in the Kingdom (at around $820bn current and pipeline), how the reprioritisation occurs is more about the timelines than what is actually cut back.

If the government and private sector were to follow the early 2016 pipeline forecast, then around $65bn per annum would have been awarded in 2016 and every year as an average over a 14 year horizon. This was a number that ended below $20bn in 2016 and is forecast to fall slightly further in 2017.

Should delays occur and we rationalise the pipeline by $168bn or more and place it on a 25-year timeframe, the new contracting world will yield a $26bn government pipeline and a $7.2bn private sector pipeline. This in itself is still significant at over $32bn per annum in awards, but not compared to 2012 ($64bn-plus) or other similarly significant years.

This is where PMOs and transparent governance come into play. The capacity of a programme of works to be set up right first time, every time, gives the opportunity to look more closely at international markets for investment, funding and subsequently sales, leasing and operational matters.

International funding will weigh the risks – which Saudi Arabia doubtless pays at a central government level – and fund accordingly in terms of conditions and charges. With the introduction of international best practice and processes, the country opens itself up to the operating models of other G20 nations, of which Saudi is one. Here the introduction of alternative finance such as PPP, BOT, BOOT and more significant IWPPs becomes a welcome reality. The government would be able to shift funding measures off balance sheets, finance houses would see returns on their investments – with appropriate risk apportionment – and contractors would have surety of payment that otherwise may not have been assumed.

Furthermore, the Saudi pubic would have the long-term security of knowing that the government has invested in international best practice, attracted the best practitioners and encouraged the training and development of nationals.

PMOs have a long way to go in the kingdom and no one has ever tried to deliver anything as complex before, especially in such a condensed timeframe as the Royal Court is seeking.

With the right planning, timescales and suitable expectations, the country could rebalance its economy and use the internationally educated nationals that are returning the opportunity to deliver something truly generational in terms of change in the coming years.