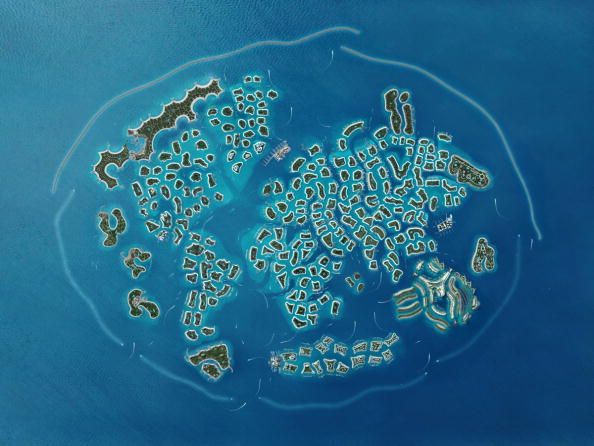 A series of private island villas are set to be developed on Dubai’s World Islands project, as part of the Australasia continent, developer OQYANA Real Estate announced on Saturday.

OQYANA has signed a deal with floating island expert Dutch Docklands to create the villas within the OQYANA World First development, a statement said.

“Having your own private island close by a world class city will be a unique opportunity for a very selective group of people that only want the best,” said Paul van de Camp, CEO of Dutch Docklands.

“Our ‘Amillarah Private Islands’ are completely self-supporting, scarless and all contain the latest state-of-the-art technology. Each one will be a piece of art that you can live in.”

OQYANA World First is the developer’s flagship project, composed of an archipelago of artificial islands together forming the continent of Australasia.

“Our vision has always been to be leaders in the idea of the World, and it is now the right time to recommence activities and turn concepts into reality,” said Zeyad Abdullatif Janahi, chairman of OQYANA.

“Dubai has always been the right destination for such projects and we will work together to be an integral part of Dubai’s real estate sector.”

Developed by Nakheel, The World Islands, located just off the coast of Dubai, comprises 300 man-made islands, and adds over 232 kilometres of new beachfront to Dubai’s coastline. Up to 70 per cent of the islands were sold when the project was originally launched but work stopped after developers were hit during the financial crisis in 2008/2009.

Work has since restarted in parts of the development, including in the Heart of Europe project, which is a cluster of six islands being developed by the Kleindienst Group.

In November, Dubai-based Q Group, which is developing the Great Britain Island, said it is set to reveal plans for a luxury resort, private and water villas, hotel serviced apartments, an event and wedding venue, offshore restaurants and bars, and water-based experiences on the island.