European and North American investors committed 64 per cent of the capital in the Abraaj Africa Fund III, with funding from global institutional investors, pension funds and sovereign wealth funds adding up to 76 per cent, according to a statement.

Abraaj did not disclose its own contribution to the fund.

“It (Africa) is a story driven by rapid urbanization and favourable demographics that are fuelling consumption across multiple sectors from an expanding, young middle class,” Arif Naqvi, founder and group chief executive of Abraaj Group, said.

The new African fund will focus on well-managed, mid-market firms in sectors most likely to benefit from demand driven by the rapid expansion of a young, urban, middle class, Abraaj said, without naming specific companies.

The sectors include consumer goods and services, consumer finance, and resource and infrastructure services in the core countries of Nigeria, Ghana, Côte d’Ivoire, South Africa and Kenya.

Abraaj said it had deployed around $3 billion across the African continent, while in sub-Saharan Africa alone, it had made 67 investments with 30 full or partial exits. 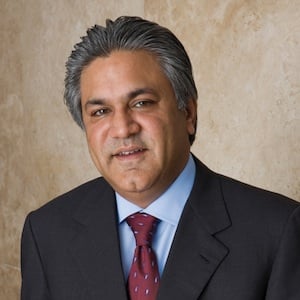