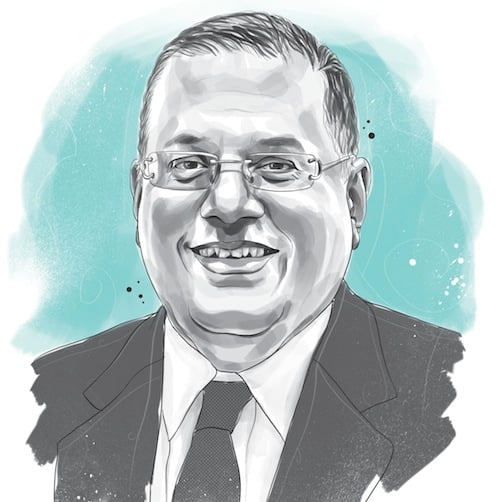 Qatar has achieved one of the highest growth rates for GDP (just over 6.5 per cent) among the GCC countries – a remarkable achievement considering it already has the highest GDP per capita globally, recorded at slightly above $100,000 per head.

An estimated 17 per cent of Qatar’s two million population are millionaires.

These numbers are indicative of Qatar’s immense potential for wealth generation per adult, mainly through prudent exploiting of its vast fossil fuel reserves. At current extraction rates, Qatar’s gas reserves will last 160 years.

The next growth phase will be driven by the Qatari government’s aggressive diversification plans into non-energy related sectors like hospitality, financial services and fostering a knowledge-based economy, resulting, in the proliferation of wealth-generation opportunities.

This will broaden the country’s pool of ultra-affluent entrepreneurs, and provide new avenues to attract overseas capital.

Qatar Exchange’s 2014 MSCI upgrade to emerging-market status has coincided fittingly with government efforts to broadbase the economy from its over- dependence on hydrocarbons.
Foreign investors are being encouraged to channel more funds to the local bourse through raising foreign ownership limits on some Qatari firms’ listed on the exchange.

Considerable investment in the expensive infrastructure needed to compress natural gas into liquid form (LNG) to facilitate transportation by sea, is also aiding the transition of Qatar’s economy, as low unit costs give it a competitive advantage against suppliers like Australia and Brazil. Several countries looking to reduce dependence on Russian gas are now dependent on LNG from Qatar, which accounts for a third of the global market.

With the highest savings rate globally (60.8 per cent of GDP), Qatar has immense potential for investing in new non-hydrocarbon sectors, and an ambitious programme of urban development is already underway to facilitate this goal.

Some of the important projects include: Qatar Rail’s 216 km Doha Metro, a network of expressways comprising 30 major projects and 900 km of roads a new port outside Doha, and the new Hamad International Airport.

Qatar appears to be effectively using the advantages of its relatively small population to restructure and accelerate the process of urbanisation – a process that is bound to attract entrepreneurs to the increasing number of opportunities and result in creating a large number of High Net Worth families.

Historical evidence suggests that such growth has always generated successive waves of wealth creation, as in Singapore, Hong Kong and Ireland, when they undertook rapid transformations into service industry hubs.

And where there is wealth creation, wealth management will soon follow. Qatar too will therefore continue to attract private banking and wealth management services for several years to come, to meet the aspirations of its growing ranks of youthful well-educated entrepreneurs and professionals.

WHERE WILL THE MONEY GO?

Risk appetite among regional investors has risen with GCC markets continuing to set new heights in 2014. The main focus of investments will remain directed at the GCC region itself, with real estate and infrastructure continuing to dominate investment funding flows. Standout growth sectors include technology, healthcare, consumer discretionary and real estate-related sectors. Equities will continue to outperform alongside the traditional focus on real estate.

Flows into non-GCC emerging markets will remain tepid due to incumbent issues such as high inflation and domestic consumer indebtedness. Geopolitical concerns also continue to bedevil large emerging markets, particularly China and Russia. Consequently, developed markets, especially the US, northern Europe and Japan will attract a disproportionate share of global capital in the short to medium term.