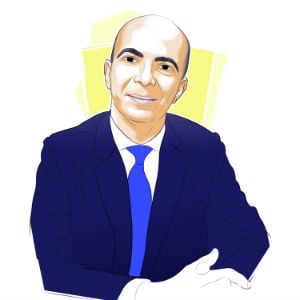 UAE-based banks will be important beneficiaries of the recent boom in personal wealth in the GCC, given the relative conservatism of Gulf nationals in the wake of the global economic crisis, says Ayman Abuhabsa, head of Private Banking at Mashreq.

“Since the beginning of the crisis there has been an active repatriation of client wealth from the traditional centres back to the home markets, which they associate with stability and safety of assets.”

Aggregate investable wealth has grown by more than eight per cent in the GCC following a slight dip in 2011. It is also forecasted to continue to grow substantially lead by the strong market performance and the improved risk sentiment.

“We’re seeing investors globally favouring investments in ‘resource led’ economies such as the Middle East, which are often offering more attractive opportunities than the Eurozone.

“The Middle East region, which was overlooked by investors since the crisis, is now attracting a lot of foreign and local interest. We saw volumes and prices picking up significantly over the last 12 months. As a private bank, and despite the strong recent performance, we still see potential for growth in the region as fundamentals remain strong and the valuations still attractive.”

Regional private banks have grown in stature over the last five years and the recent revisions in regulations in Switzerland and Singapore has prompted International HNWIs to approach Middle Eastern intuitions.

“However, continued investment in people, technology and mindset is crucial to ensure that they are deemed as a viable and sustainable long term alternative,” he says.

“We take pride in adopting a real “boutique” approach. That doesn’t mean we want to be small! But we want to ensure that our clients receive a consistent and true private banking delivery experience on investments and the other aspects of their relationship. In order to achieve this we focus on applying ourselves to the group of clients who would real benefit from such an offering.”

Mashreq saw its net income for the first half of 2013 reach Dhs828 million, a year-on-year increase of 40 per cent. In its private banking division, assets under management have increased by approximately 35 per cent in the past year, according to Abuhabsa.

The bank has hired 12 new private bankers so far this year, and is targeting similar recruitment levels in the year to come, he said. Two new private banking offices, in Qatar and and Hong Kong, are also due to be launched before the end of the year.

Risk appetites of high net worth Gulf investors have increased markedly in the past two years, says Abuhabsa, thanks to the improved availability of credit in the regional markets. As a matter of fact, loan to deposits ratios across regional banks remain healthy which will allow them to extend credit further.

“In such conditions, clients have been able to monetise their real estate and other fixed assets that they’ve held through the crisis years. Banks’ willingness to lend has returned, and so they can direct this liquidity back into capital markets.”

Since the crisis, markets have become very volatile and data sensitive and while risk and liquidity remain the drivers of short-term market movements, profitability and valuation are the key measures the bank looks at when designing client investments.

“We still see opportunities in the fixed income space but very selectively. With duration risk continuing to be a concern, the corporate fixed income space should continue to provide a natural hedge as tightening in credit is expected on the back of the improving economy.

“In equity, we still see opportunities in some Frontier Markets (GCC in particular), Europe and some of the Emerging Markets countries. In the US we favor a more thematic approach.”

One factor Abuhabsa identifies as holding back the broader investment of wealth into regional instruments is the modest liquidity in the secondary markets.

“It’s a challenge across the board, with the exception of the larger issues. That lack of liquidity could prohibit further growth here and will continue to force natural selection towards a few names.”

However, the recent decision by MSCI to upgrade UAE and Qatar to the Emerging Markets status is a positive move in that direction, he says.

While acknowledging that local banks cannot always match the list of global products offered by international banks, Abuhabsa says that banks domiciled in the UAE have crucial expertise and track records in the regional markets, as well as the ability and in-house expertise to identify and work with the right structuring partners.

“Most clients maintain more than one banking relationship, and for many reasons ranging from domicile to product orientation. We view this as a healthy approach to wealth management that will continue to challenge banks to excel and innovate.”