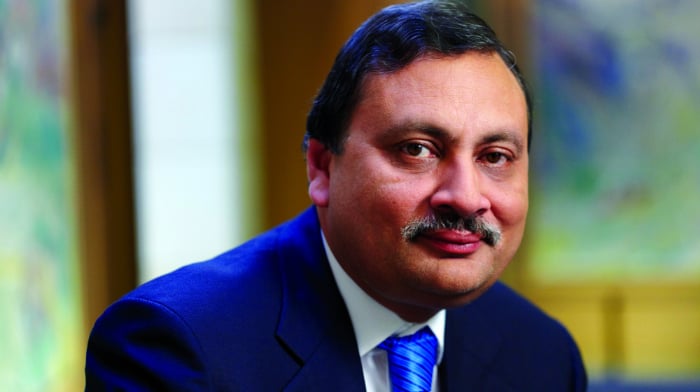 Dubai remains the central hub in MENA private banking, but this hasn’t stopped Bank Sarasin-Alpen expanding into Oman and plotting a major assault on Islamic finance in Saudi Arabia.

The bank, which is one of various units in the region owned by Bank Sarasin based in Basel, started Gulf operations in 2005 with the launch of its Dubai office. It has since spread to Doha, Muscat, Manama and Abu Dhabi.

“Dubai is still far ahead of its GCC counterparts, especially if you look at what the DIFC has produced,” said Rohit Walia, executive vice chairman & CEO – Bank Sarasin-Alpen Group – Middle East and India. “Other major cities have tried to replicate what the DIFC has done. But they still don’t have the connectivity that Dubai has, particularly around transport links like Emirates Airline.”

At the tail-end of last year the bank launched an Islamic financial service in Oman, the first step to what will eventually be a growth plan into Saudi Shari’ah products.

Sarasin-Alpen started its operations in Muscat in 2008 and was the first Swiss- based private banking advisory service to operate in the country. The Sarasin Group launched its Islamic Wealth Management offering from Switzerland in late 2009.

“We have ambitions in Saudi, so we will need Islamic finance as part of our offering. We’ve set up in Oman, Qatar and the UAE, and will be ready for the big game in the Kingdom in a next couple of years,” said Walia.

GCC clients are still cautious about taking bets with their money after suffering heavy losses from the financial crisis. This has perhaps contributed to the rise in demand for Islamic finance, which is perceived as a safer option.

“Fixed incomes investment has also been popular, particularly in Middle East companies and sovereigns giving a yield of between four and 4.5 per cent. As far as liquid investment, that’s what people are looking at,” added Walia.

The bank has also been pushing equities as a valid investment option, but it is a hard sell given the turmoil gripping regional and global markets.

“Equity markets are not performing, so prices are at an all-time low. It’s a medium risk investment that we think our clients should consider.”

But is the bank winning the argument?

“There’s nothing we can say that will convince everyone. Ultimately, clients have lost money on the advice of bankers,” said Walia.

Meanwhile, he said there are opportunities for smaller banks to capitalise on the exits of giant diversified players. Most conspicuous was HSBC, Europe’s biggest lender, which earlier this year significantly scaled down its private banking operations in the Middle East. It also said its top private banker, global market head for the Middle East and Africa since January 2011, Mark Stadler, had been reassigned to London.

The number of relationship managers at HSBC was apparently cut to around 10 from 50-60 at its peak two years ago. As many as 200 private bankers were employed by the bank in 2008 in the region.

Walia says: “HSBC has pulled out big time, so they’ve left clients.” Adding: “We’ve seen more attention on smaller banks than a few years ago because the large institutions are in disarray at present. People are happier to talk to us. And we’re able to snap up the clients and staff that larger institutions have left behind.”

The Sarasin Group, which owns Bank Sarasin and in turn Bank Sarasin- Alpen, has its roots as a leading Swiss private bank that dates back to 1841.

The Group is now represented in more than 20 locations in Europe, the Middle East, and Asia.