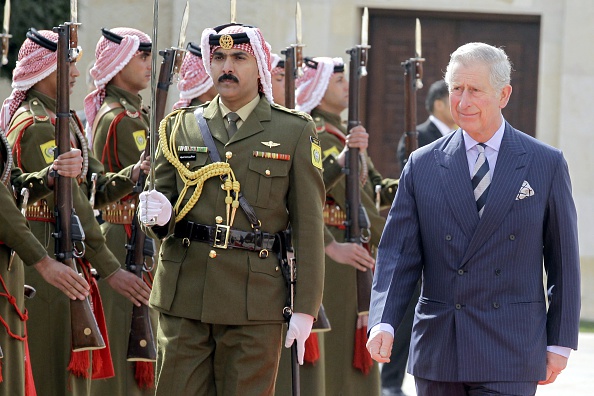 Britain’s Prince Charles will intervene in the case of a jailed Saudi blogger sentenced to 1,000 lashes and urge Saudi Arabia’s new king to halt the punishment, the Mail on Sunday newspaper reported.

Charles embarked on a six-day tour of the Middle East this weekend beginning in Jordan and is expected to also visit Saudi Arabia, Kuwait, Qatar and the United Arab Emirates. His office is not commenting on his exact agenda and the content of any meetings until they are underway.

But the Mail on Sunday, without citing sources, said the heir to the British throne would intervene in the case of Saudi blogger Raif Badawi, who was arrested in June 2012 for offences including insulting Islam, cyber crime and disobeying his father, which is a crime in Saudi Arabia.

It cited unnamed British diplomatic sources as saying the intervention might carry more clout given his royal status.

Badawi was sentenced last year to 10 years in jail, a fine, and the flogging. Before he set off, Amnesty International urged Charles to seize the opportunity of his visit for “a frank discussion of human rights.”

Separately, in an interview recorded before he departed and broadcast on Sunday, Charles spoke of his alarm at the number of young British Muslims being radicalised, suggesting they should respect British values.

“This is one of the greatest worries … I think the fact it’s the extent which this is happening is the alarming part,” he told BBC Radio 2’s The Sunday Hour.

“And particularly in a country like ours where, you know, the values we hold dear. You’d think that the people who have come here, (were) born here, go to school here would abide by those values and outlooks.”

British authorities say around 600 Britons have travelled to Syria or Iraq, where Islamic State militants have seized swathes of territory, and that about half of them have returned home, raising fears of a possible attack on British soil.