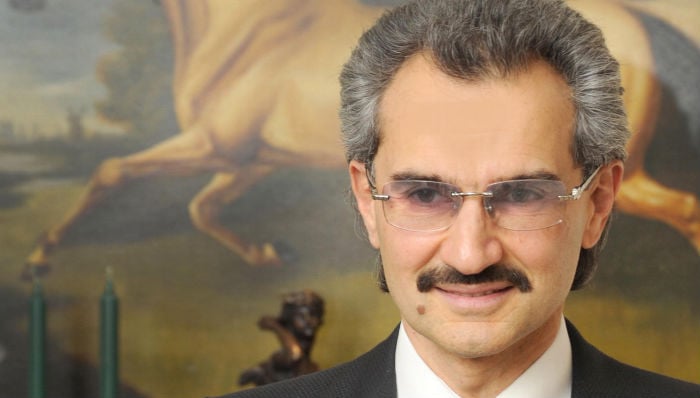 Prince Alwaleed bin Talal and his Kingdom Holding Co. have seen the value of their stake in Twitter Inc. quadruple since the company’s initial public offering in November, Kingdom said today.

The value of the investments surged to about $1.2 billion from $300 million as of Dec. 27, Riyadh-based Kingdom Holding said. Alwaleed, who also owns stakes in Apple Inc. and Citigroup Inc., and his investment company agreed to buy the stake in December 2011.

The combined investment of Alwaleed and Kingdom Holding in Twitter “has increased from $300 million to approximately $1.2 billion since Twitter’s IPO in November 2013,” Kingdom said.

Alwaleed is the richest Arab businessman, with a fortune of $32.6 billion, according to data compiled by Bloomberg.