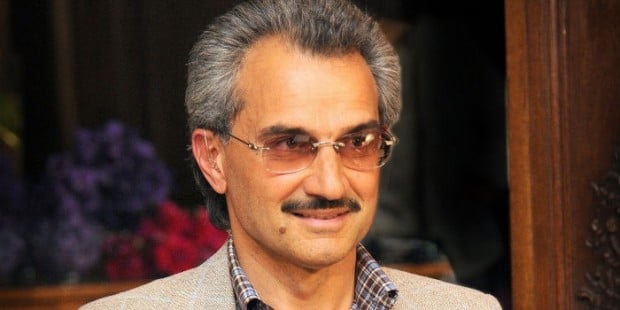 Twitter’s initial public offering is predicted to have made Saudi Arabia’s Prince Alwaleed Bin Talal and his company Kingdom Holding an estimated $600 million.

Kingdom Holding bought a three per cent stake in the micro-blogging site in 2011 for $300 million. A statement by the company on Sunday said its investment had increased in value by 200 per cent, meaning Prince Alwaleed’s share in Twitter is now valued at around $900 million.

“Twitter is the most prominent social media network in the world and our investment in the company is a strategic long-term investment,” Alwaleed said in the statement.

Twitter launched its IPO to fevered speculation last week with shares rising to $50 per share having opened at $45 (they were initially valued at $26 per share) before closing at $44.90. At the time of writing, they have dropped and are currently trading on the NYSE at $41.65.

The statement added that Prince Alwaleed and Kingdom Holding’s investment was the result of “several months of negotiations and comprehensive due diligence and represent a strategic stake in Twitter”.