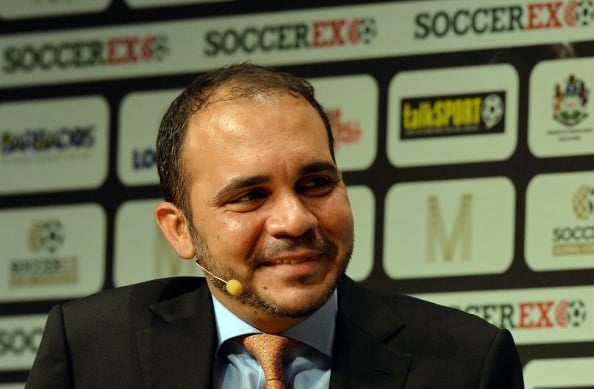 Jordan’s Prince Ali bin Al Hussein, a former presidential candidate of Federation International Football Association, has said that the organisation is not credible under the current head Sepp Blatter’s leadership.

In an interview with Associated Press, Prince Ali called for an overhaul of FIFA’s leadership while voicing concerns about the effectiveness of reforms being undertaken by the scandal hit body.

“I don’t think anybody will take any decisions that are credible in the current situation,” he said.

“I think that the important thing is that you need an overall change in leadership.”

Blatter, who was re-elected for his fifth presidential term in May, stepped down days later after he was known to be under investigation for corruption by the US and Swiss authorities.

Following Blatter’s resignation, the football governing body said that it will elect the next president on February 26. Prince Ali, who received 73 votes out of 209 members in the last FIFA election, has not yet indicated if he will participate.

“Right now I’m talking to our national associations, listening to their opinions,” he said.

Prince Ali’s decision to participate could also be influenced by Union of European Football Associations president Michel Platini’s decision to run for the elections.

Platini, who also currently heads the reform task force within FIFA, will possibly have the support of the majority of UEFA members who supported Prince Ali against Blatter in the last elections.

Although Prince Ali is yet to make a decision on his candidacy, he has also not been supportive of Platini.

Earlier this year, he said that Platini would be “not good for FIFA” but did not elaborate on his reasons for not supporting his former ally.

“I do hope that this time around it will be a good election,” Prince Ali told AP. “The important thing is that there is a proper debate and things are based on a real platform.”

More members are expected to file their candidacies for the presidential race for the scandal-hit body, according to reports.

The deadline for candidates to formally present their nominations, with support, is October 26. Candidates will also have to undergo integrity checks, led by FIFA election committee head Domenico Scala.