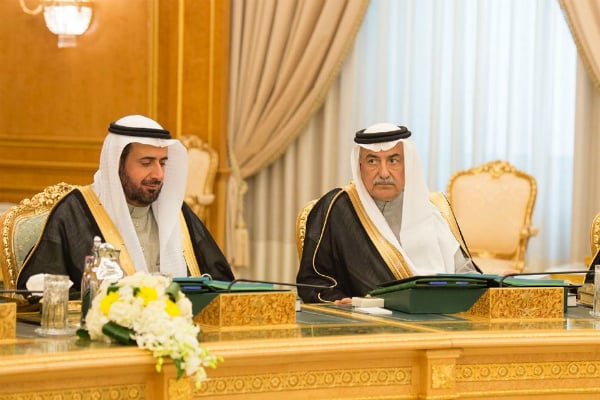 Saudi state minister Ibrahim al-Assaf was seen attending a cabinet meeting on Tuesday, according to a photograph published on official media, almost two months after the veteran official was reported detained in a crackdown on corruption.

There was no immediate comment from Saudi officials, but a Saudi source familiar with the matter said Assaf retained his positions as minister of state and adviser to the king.

Assaf, who was also a former finance minister and a board member of national oil giant Saudi Aramco, was among people detained and under investigation by a new anti-corruption body in November, a senior Saudi official had told Reuters.

He was released from the Ritz last month after being cleared of wrongdoing and without making any payment to the state, the source said. Local media also reported his release.

Saudi security forces rounded up about 200 princes, ministers and business leaders and converted the Ritz-Carlton into a luxurious prison for them in early November in what Riyadh said was a crackdown on corruption.

The move was also widely seen by analysts as helping Crown Prince Mohammed bin Salman consolidate his grip on power, after he ousted his cousin as heir to the throne in the summer.

Prince Miteb had been the last member of Abdullah’s Shammar branch of the family to retain a key position in the Saudi power structure, after Prince Meshaal and Prince Turki were relieved of their posts as governors in 2015.

Assaf had been accused of embezzlement related to the expansion of Mecca’s Grand Mosque and taking advantage of his position and inside information to purchase lands, according to a Saudi official.

Several detainees have been freed after agreeing to settlements in which they hand over assets to the state.

Saudi authorities see the settlements not as blackmail but as an obligation to reimburse money taken illegally from the world’s top oil producer over several decades.