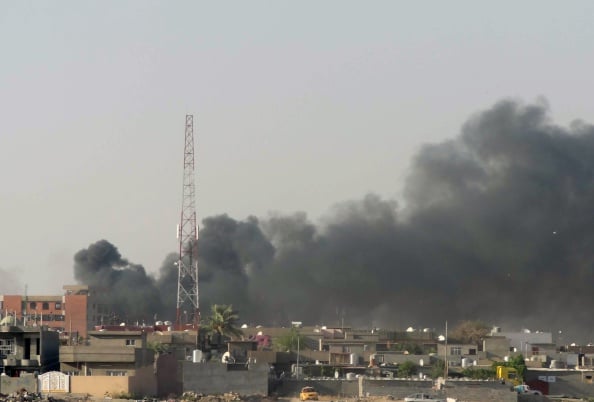 European leaders face calls to take direct action against the Islamic State including in Syria after the beheading of U.S. journalist James Foley, but politicians are reluctant to take the lead after previous missteps in the region.

The release of a video last week showing Foley’s beheading by a black-clad Islamic State (IS) militant with a British accent has emerged as a possible game-changer in the fight against the jihadist group.

U.S. authorities warn that IS poses the greatest threat in years with its “apocalyptic” vision, and a YouGov poll published in Britain on Friday showed support for joining U.S. air strikes against the militants in Iraq rising six points to 43 per cent.

Political leaders in Britain, France and Germany have so far ruled out joining military action in Iraq but reiterated their commitment to supporting Kurdish rebels fighting IS, which split from al Qaeda in a row over strategy.

An IFOP poll released on Thursday showed the majority of French people, 52 per cent, approved of arming Iraqi Kurdish forces to tackle IS, which now controls one third of Iraq, and whose numbers have been bolstered by radicalised Muslims from Europe.

European leaders are expected to face greater pressure for involvement at a NATO meeting in Wales next month. Some politicians say it is time to take the fight to Syria, where the group has its power base, and even work with Syrian President Bashar al-Assad despite condemnation of his regime.

“Sometimes you have to deal with somebody who’s nasty in order to deal with people who are even nastier,” Malcolm Rifkind, chairman of the British parliament’s intelligence and security committee and a former foreign secretary, told Reuters.

“If the Americans are as serious as they say they are about eliminating (IS) in Syria as well as in Iraq, you cannot do that by air strikes alone … you need boots on the ground.”

General Martin Dempsey, chairman of the U.S. Joint Chiefs of Staff, suggested on Thursday that IS would remain a danger until it could no longer count on safe havens in Syria.

British Foreign Secretary Philip Hammond and his French counterpart Laurent Fabius flatly ruled out any dialogue with Assad on Friday or sending troops, saying the best path was for an international coalition to work with the Iraqi government.

“We may very well find that on some occasions we are fighting the same people as he is but that doesn’t make us his ally and … it wouldn’t be practical, sensible or helpful to even think about going down that route,” Hammond told BBC Radio.

“We’re going to do it as part of an international coalition led by the United States, working with the Iraqis because the problem has to be tackled first of all in Iraq.”

With an election less than nine months away, the British government is well aware of public opposition to Britain’s role in invading Iraq with the United States in 2003 and last year it failed to get backing for military strikes on Syria.

The United States and Britain pulled out of striking Assad last year just hours before French planes had been due to take off. Paris will therefore want to ensure any coalition for action is committed before throwing its weight behind it.

“If we want to face the Islamic State, we have to face it in Iraq, but we can’t ignore the question in Syria. I don’t have the solution today, but the problem needs to be looked at from scratch,” Fabius said on Friday.

A French diplomatic source said a conference of regional states and major powers to find ways to tackle IS, including in Syria, would be held in Paris before the United Nations General Assembly in September.

“The Americans have come out strongly saying that (IS) can only be resolved by dealing with them in Syria too,” he told Reuters. “We have to see what they have in mind. What is certain is that the alternative is neither Assad nor the IS.”

Highlighting growing European consensus, Dutch Foreign Minister Frans Timmermans said the fight against Islamic State could be successful only if the militants were confronted in Syria as well as Iraq.

“Solutions for Iraq won’t be sustainable if we don’t also find a solution in Syria,” he told reporters in The Hague.

The German government dropped its self-imposed post-War ban on sending weapons into conflicts this week by deciding to join Britain and France in arming Iraqi Kurdish forces, although it is still unclear what exactly Germany will contribute.

Germany has shied away from direct involvement in military conflicts since World War Two, and the move was opposed by two-thirds of German voters, according to a poll on Friday.

With fears that the rise to power of IS has gone unchecked, growing numbers of politicians and combat experts are calling for stronger action.

British opposition Labour lawmaker Ann Clwyd, who was Britain’s special envoy to Iraq on human rights between 2003 and 2010, said she would support joining U.S. air strikes and sending combat troops if necessary. “While no one wants anyone to go to war if it can be avoided, when it can’t be avoided we should be facing up to it,” Clwyd told Reuters.

But for any concerted action it is likely there will be efforts to bring Russia and China into the fold through an international mandate, especially for any strikes on IS in Syria where the two countries blocked efforts to hit Assad last year.