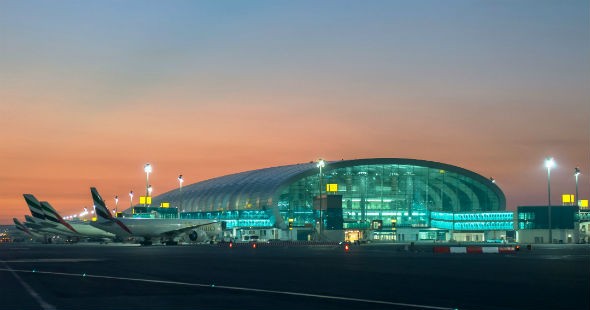 Speaking today at the full opening of Concourse A, its new 20-gate terminal exclusively for A380s at Dubai International, Clark dropped some favourable hints ahead of the Emirates Group releasing its full-year results for 2012/13 at the end of March.

“As earnings are concerned, we are cash positive, and will be more profitable than last year but we don’t close out until the end of next month – and anything can happen. We continue to grow our business, income will rise probably 18-20 per cent this year, as will the passengers and cargo volumes, despite difficult trading conditions.”

Those difficulties have once again focused on fuel, currently at $110/115 a barrel which Clark said made it more expensive for Emirates to operate than last year.

“Oil prices are a difficulty for us to manage. I wish I could wave a wand but I can’t, we have to manage it, increase the revenues best we can, try to take down cost profile, and recognise it will always be 40-42 per cent of our costs at these kind of levels. Not many businesses are faced with that element of what we would say are uncontrollable costs.”

He said oil should be around $70, which would give producers an adequate return on their investment.

“High prices are, in my view, are depressing movement in the global economy – if they came down to sustainable levels, I think you would see the global economy starting to move. Oil prices are in the hands of too few people and too few entities, and that should be dealt with.”

In a candid hour-long conference, Clark also shed some new light on the A380 wing repairs, an issue which has yet to be fully resolved. From April to December next year, he said four-to-six A380s will be taken out “in a carefully mapped programme . . . organised by Airbus at their expense”.

Paul Griffiths, CEO of Dubai Airports, said it is investing Dhs100 million to speed up immigration and border security processes with the influx of A380 passengers. The biometric system is being trialled and will be rolled out in the next few months.

Concourse A, whose first and business class lounges span entire floors, will accommodate Emirates’ 31 A380s in service, and 59 on order.

Alongside lounge seating is a mix of buffet and fine-dining areas, business centres, quiet zones, lounges for smokers, two hotels, a spa and children’s play areas. First class passengers also have their own shopping boutique, where they can buy limited edition labels, including one diamond-crusted Royal Salute whisky costing $200,000.

Since handling its first flight early January, the facility has handled around 2,450 flights and 589,234 passengers.