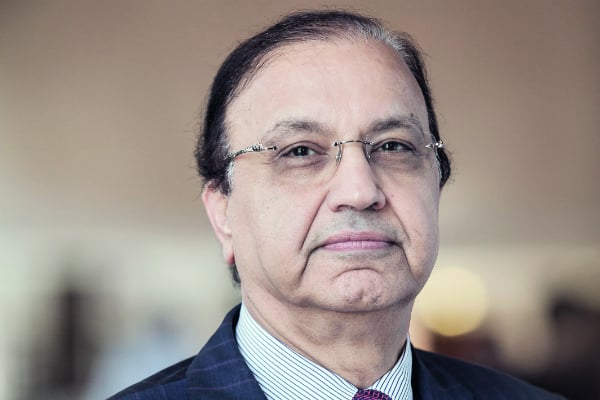 At a time when economies in Western Europe have been grappling with lacklustre economic growth and increasing levels of unemployment, 2017 has been a particularly busy year for two Middle Eastern countries – the UAE and Saudi Arabia. Both nations have pressed ahead with the ambition of becoming important global and regional hubs for innovation and smart technologies, and have unveiled hugely ambitious projects of unprecedented scale.

In the past year, we have seen a number of firsts, including plans for a $500bn futuristic city dubbed Neom, the successful testing of autonomous flying taxis, an ambitious hyperloop transport system between Abu Dhabi and Dubai, a set target for Dubai to become a paperless economy by 2020, and the appointment of a minister of artificial intelligence in the UAE, among others.

Indeed, the world we live in is experiencing change at an unprecedented pace. As we emerge from a challenging period influenced by reduced oil prices, which in turn have encouraged a more rapid pace for ambitious diversification plans, it is clear that the dynamics of global commerce have changed. We are witnessing a structural shift influenced by the impact of new technologies.

Dubai’s reputation as a global centre for innovation was reinforced recently with the World Economic Forum (WEF) hosting its Network of Global Future Councils conference for the first time in the Middle East, in Dubai. The objective of the forum was to develop concrete, actionable recommendations to be discussed with world leaders at the upcoming annual meeting in Davos. The event took place within a month of the Future Investment Initiative in Riyadh, a summit that made global headlines when it announced sweeping reform measures.

The past year was a visible demonstration of a trend that connects everyone in this market: the world of business has moved east. Countries like the UAE and Saudi Arabia, with hubs such as Dubai and Riyadh, are no longer on the fringes of global commerce. They are instead at the centre of the Fourth Industrial Revolution, underpinned by a strong vision for making the era of smart cities a reality.

Since the smart city vision was unveiled, the year 2017 has witnessed the launch of a number of future-proofing projects, including the design of a Dhs500m ($136m) Mars Scientific City, Dubai RTA’s autonomous flying taxis, and of course the introduction of Sophia – the first ever robot to be granted citizenship in the world. These are just a few recent examples of innovations that will soon become a reality in the region.

In this context, how will the smart city concept impact businesses in the New Year? Although the concept itself is relatively new and definitions may vary, this shift will definitely unlock further growth potential but not without challenges. Establishing a smart city will lead to additional complexities for businesses and will increase the focus they place on customer experience and security. Put simply, in a world where services and the Internet of Things are evolving into complex ecosystems, a truly smart city not only keeps its residents and visitors happy and connected, but it also ensures their safety at all times.

Moreover, specific smart city targets have also been set in the past year, including a goal for the UAE to save Dhs5.5bn ($1.49bn) annually through the Dubai Blockchain Strategy, to become the Arab world’s first cashless society by 2020, to train one million Arab coders, and to ensure that a quarter of the cars on Dubai’s roads are driverless by 2030. With each new initiative and target, the need for automation, robotics and cyber security will be amplified for businesses.

As more businesses recognise the benefits of technology-led innovation, it should come as no surprise that UAE CEOs are also focusing on technology disruptors to drive their business growth, making it a priority for them to tap into artificial intelligence and data and analytics, while devising ways to tackle cyber security risks. To put things into context, KPMG’s annual CEO Outlook Report 2017 found that 84 per cent of UAE CEOs intend to invest heavily in data analytics tools and robotic process automation, followed by cyber security as part of their strategy to further unlock business opportunities in the region.

Underpinned by a series of global events and ambitious plans of unprecedented scale, 2017 will go down as the beginning of a structural change, with the UAE emerging as a global hub for the future, making great progress in building creative cities that aim to resolve future challenges.

That being said, businesses in the region must not miss the opportunity to take part in the Fourth Industrial Revolution to further demonstrate the ability to innovate and stay relevant. It is only then that the smart city vision will become a reality.