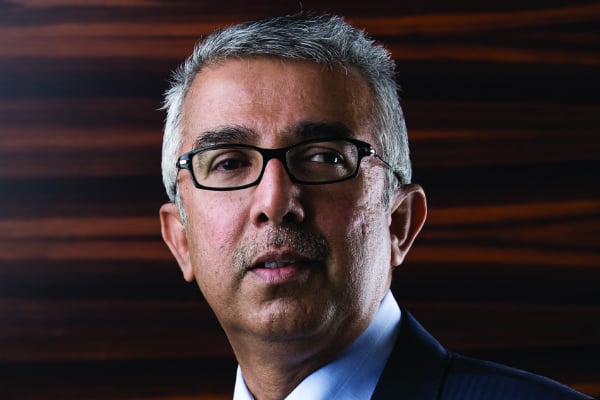 For the insurance industry in the UAE 2017 was not a watershed year but witnessed significant developments that will have a bearing in the future. The year was marked by more visible regulatory enforcements, a mandatory health insurance scheme in Dubai, an upswing in motor insurance, half-hearted technology adoption, some semblance of consolidation and more importantly the run-up to the implementation of value added tax (VAT) for first time in the UAE’s history.

Of course, one of the highlights of the year was health insurance becoming mandatory for all residents of Dubai, which resulted in huge growth in the medical insurance sector. Insurers had a fantastic start and it sustained throughout the year.

On the regulatory side, though a few new regulations were promulgated across the region. What was significant was that regulatory enforcement became more visible and effective in the UAE as well as in Saudi Arabia and certainly brought in much-needed discipline and accountability to the market.

As far as the brokerage industry was concerned, 2017 was not a good year as regulation started to bite, and rightly so, because the enforcement regulations came into force and were more effectively administered. The natural outcome was that some smaller brokers found themselves in a not so happy situation. And it is continuing.

Apart from the beginning of the year, the first two quarters saw an upswing in the motor insurance sector before a slowdown in the third quarter. This upswing came as a surge in mandated cover took premiums to higher levels. What is heartening is that the year also saw a qualitative increase in premiums because of certain amendments to motor insurance policies.

With the emergence of insurtech and other disruptions, technology adoption is increasing in the region but it has not reached the level of developed markets. However, we are seeing further enhancements that are set to continue until technology starts driving the business. Technology adoption is a course that we cannot afford to ignore.

On a global level, the reinsurance market hardened last year because of the natural disasters in the US, resulting in a trend of rate rises that is expected to continue in 2018. Preliminary estimates for insured global losses resulting from natural and man-made disasters in 2017 are around $136bn, up from $65bn in 2016 and well above the annual average of $58bn in the previous 10 years.

Looking to this year, the market will run into turbulence in the first six months at least before it settles down. One of the challenges insurers will face will be the implementation of VAT, because the tax is going to have an impact. Nothing exciting is predicted from the stock market or the real estate side in 2018, at least in the first two or three quarters. At best, there will be a very small increase, but it will not be any boom period for the property market.

Nevertheless, we have started seeing consolidation in this overcrowded market, with the latest move the takeover of Al Hilal Takaful from Al Hilal Bank by Takaful Emarat, pushing the establishment of a major takaful group in the UAE. This is a harbinger of what’s to come in 2018. In all probability, there will be more consolidation. Either some of the players will be sold or there could be new buyers, new shareholders or alternatively more mergers.

In the brokerage ecosystem, small brokers will find it difficult to remain smaller; they will have to acquire, merge or close down. We see more professionalism coming in along with consumer protectionism. In that context it will definitely be a good year for the market and the consumer. Happy New Year.